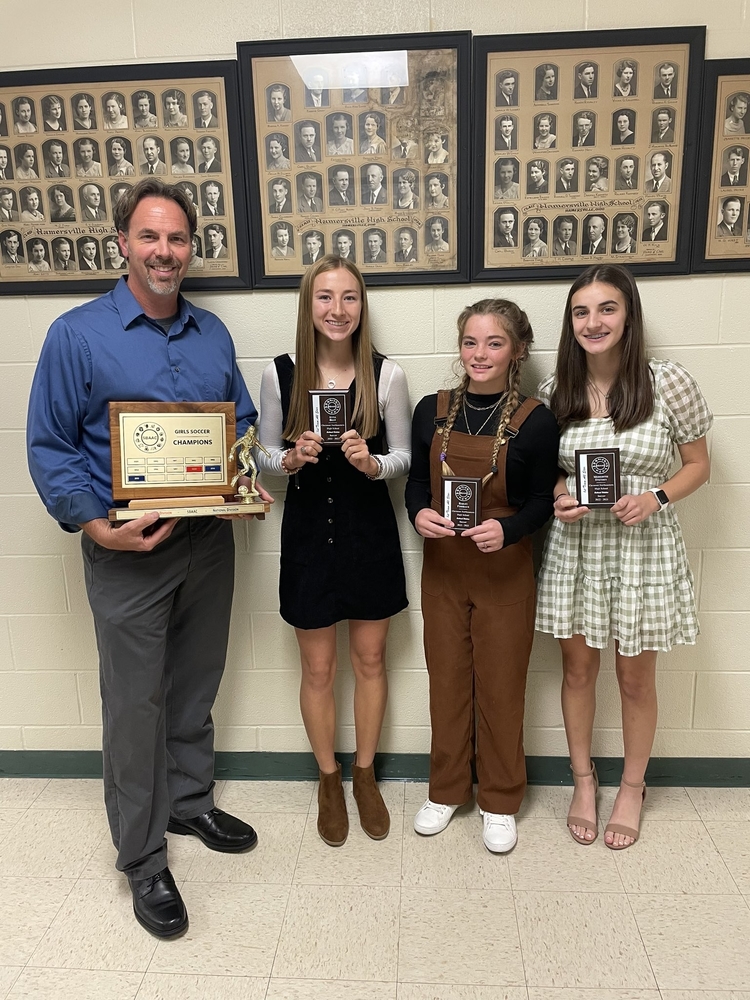 It took 17 years for Clermont Northeastern High School’s athletic program to win its first Southern Buckeye Athletic and Academic Conference National Division All-Sports Trophy; now the Rockets appear to have a firm grip on the hardware.

CNE fall teams were regular-season champions in boys cross country and girls soccer, finished second in girls tennis and girls cross country, and third in volleyball. The performance has the school atop the All-Sports standings with 32 points, 2.5 ahead of Bethel-Tate and Williamsburg, each with 29.5 The other SBAAC National schools are Blanchester, East Clinton, Felicity-Franklin and Williamsburg.

Points are awarded based on where a team finishes in the league standings, and on the number of schools that participate in that sport. Last year, CNE led Bethel-Tate by 7.5 points – 33-25.5 – after the fall season.

Breitenstein and Connor Connor Yeager were All-SBAAC in two sports.

Here is a look at CNE fall sports:

Senior Noah Bunting was the National Division Runner of the Year and coach Moe Cooper the Coach of the Year. A state qualifier in 2021, Bunting posted a season-best time of 16 minutes, 48 seconds, in the West Union Invitational, and was the fastest National Division runner at the league meet (17:06).

Cooper has rebuilt the program during his nine years as coach.

“We were the team that just kind of was irrelevant. We just competed and we never did things five years ago,” Cooper said. “We lost a bunch of seniors last year and we're just reloading this year.”

Sophomore Ellie Breitenstein placed third in the league meet (21:14) and junior Lucy Sullivan was seventh (21:58). At the district meet, Breitenstein was ninth and Sullivan 13th.

Cooper noted that until recently, CNE was unable to enter a full girls team at league or district competitions.

“It signifies to me that all of our hard-earned work put in throughout the season has been worthwhile,” Sullivan said of earning a trip to regional.

The Rockets won their first two games, 30-6 at home over Clark Montessori and 35-14 at Miami Valley Christian, but then dropped six in a row (three by one score) before a 50-22 win at East Clinton. They scored 30 or more points four times.

Sophomore Jake Bunting tied for the third-most assists in the conference with (he also scored three goals, for a season total of 17 points. Bunting had a goal and two assists in a 6-0 win at Eastern Sept. 15.

Freshman Lucas Yeager was team leader in goals, with seven; he had three assists to tie Bunting as the team’s leading scorer. He scored two goals in back-to-back games at Norwood Sept. 13 and Eastern Sept. 15.

CNE outscored opponents 62-13 – eight of the 13 goals allowed came in the final two weeks of the season.

Senior Anna Best was fourth in the conference in scoring (32 goals, nine assists, 73 points). She scored four goals in a game four times, and concluded her career with 56 goals and 36 assists. Sophomore Aubrey Rack had 13 goals and 17 assists (43 points).

“They're both very dangerous. They work well together and then pop in and out to the outside. They're both there for the crosses as well,” head coach Craig Yeager said. He was named Southwest District Region 12 Coach of the Year.

Senior Shelby Ruehl was SBAAC runner-up at No. 3 singes and junior CiCi Stringer and sophomore Jayda Sharp were third at No. 1 doubles.

“Women’s tennis wrapped up another fantastic year,” coach Liz Benjamin said, “Our doubles team known as the ‘Twin Towers’ (Braden and Ruehl), who have played together for three years, had to split this year to play singles. It was fun watching them develop into singles players, then at the sectional tournament they reunited to get a first-round win.

“We had five athletes finish with 10 or more wins this season. We were also surprised with a large freshman class of athletes. Some were forced into action early and held their ground.”

Senior Tiffany Drewry finished the season with 207 kills, sixth in the SBAAC. That included a career-best 20 vs. Madeira Oct. 20. She was also fifth in the conference in service aces with 66

“We had a solid season and progressed with each match. The athletes pushed themselves to work through hard challenges and ended up their season playing the best volleyball that they had,” head coach Emma Keough said.

‘We are losing three seniors (Gilley, Drewry and Clevenger). All three of these athletes contributed tremendously to our program not just this year, but over the past four years. There will be big shoes to fill next season as we try to replace them. Not only will we miss their athleticism, but also their positive attitudes, examples, and friendship.