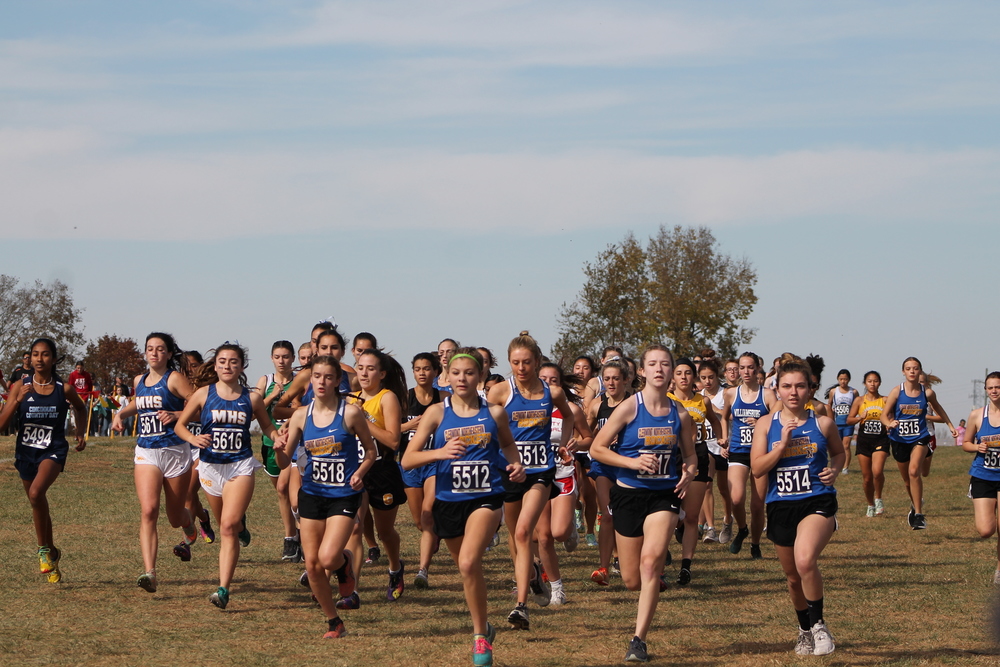 Runners sometimes refer to it as the “funnel” – that place on a cross country course, shortly after a race begins, when the runners converge into a pack, like water draining through a funnel.

At that point, you want to be in the small part of the funnel, not the top, often hopelessly caught with dozens or even hundreds of others trying to gain position.

Clermont Northeastern High School cross country coach Moe Cooper used that reference to describe his girls team’s performance at the Division III district meet Oct. 22 at Voice of America Park in West Chester Township. A photo, taken from ahead of the field, clearly showed all seven CNE runners. It would be a good sign, as the Rockets went on to place third as a team and qualify for the regional meet for the first time in school history.

“It wasn't even on our radar … was not on our radar,” Cooper said about the possibility of the entire team qualifying. “And then when the final stats came out … it was a great surprise.”

The Rockets had to wait until every runner had finished. Cooper said some high school boys were following the results and keeping him updated, but the reality didn’t sink in until Georgetown High School’s coach congratulated him.

Sophomore Ellie Breitenstein and junior Lucy Sullivan were CNE’s top two finishers, as they have been for more of the season. Breitenstein was ninth overall; Sullivan 13th. Sullivan said she felt a “sense of accomplishment, along with a lot of excitement, when the results became official.

“It signifies to me that all of our hard-earned work put in throughout the season has been worthwhile,” Sullivan said. “Moving on from districts, not just as an individual but also a team, has been such a unique opportunity I am now lucky enough to say I have experienced. Our team as a whole has always been so supportive and uplifting, while pushing one another to our fullest potential. I couldn’t ask for any better way be going forward.”

CNE’s scoring order was eighth, 11th, 27th, 29th, 37th, 41st and 46th. The difference is some schools do not enter full teams, so their individual finishers don’t count toward a team score.

Carlier, for one, thought district would be her final race of 2022.

“When I first heard that our team was going to regionals, the first thing that came to mind was just initial shock. I knew Lucy and Ellie made it to regionals, but I had went into districts thinking it was my last race of the season, so regionals as a team hadn’t really crossed my mind,” Carlier said. “I was just genuinely surprised and excited all at once, and I’m really appreciative of all the hard work our team has put in throughout the season, and I can’t wait to see how we do.”

The Rockets will compete in the regional meet at Troy this weekend; the girls race begins at 11:45 a.m. Cooper said his team will leave school at about 8:45 Saturday morning. CNE has not run at Troy this season.

“We’ll take a look at it. Walk the course as much as we can and just kind of try to get there and chill out. Relax a little bit,” Cooper said.

Carlier said regardless of outcome, it will be a great experience for her and her teammates,

“I’m looking forward to the opportunity to run at regionals, because as a women’s team, nobody else has had that, and I’m just overall grateful to get to have that experience,” she said.

Junior Matthew Crawford will also compete at regionals, as an individual in the boys Division II race, which begins at 1 p.m. Crawford placed 17th at district, in a time of 17 minutes, 31.6 seconds.

“Even though I came in projected to qualify for regionals, hearing that I did qualify was still surreal to me,” he said. “After my first meet at Ripley I thought I would have an underwhelming year. I didn’t stop training though and I was able to recover and exceed expectations.”

“He ran a really good race. And that was his day. It was his day and he went forward and now he's going to regional,” Cooper said. 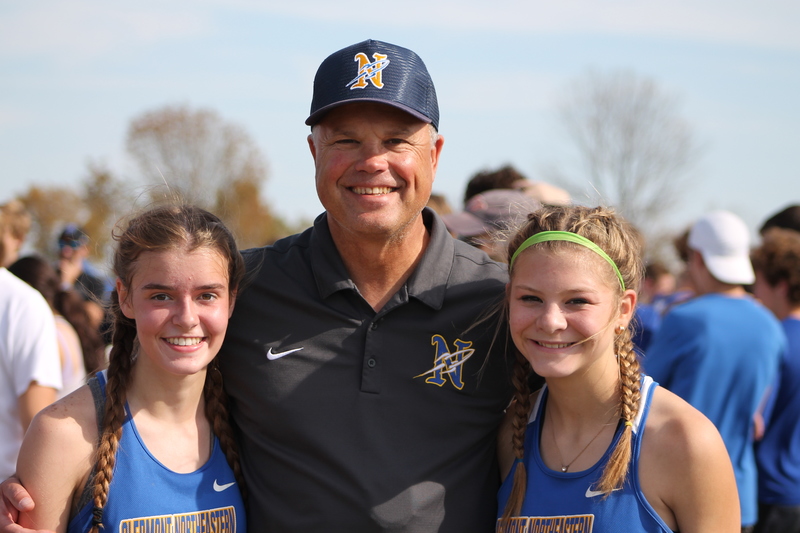