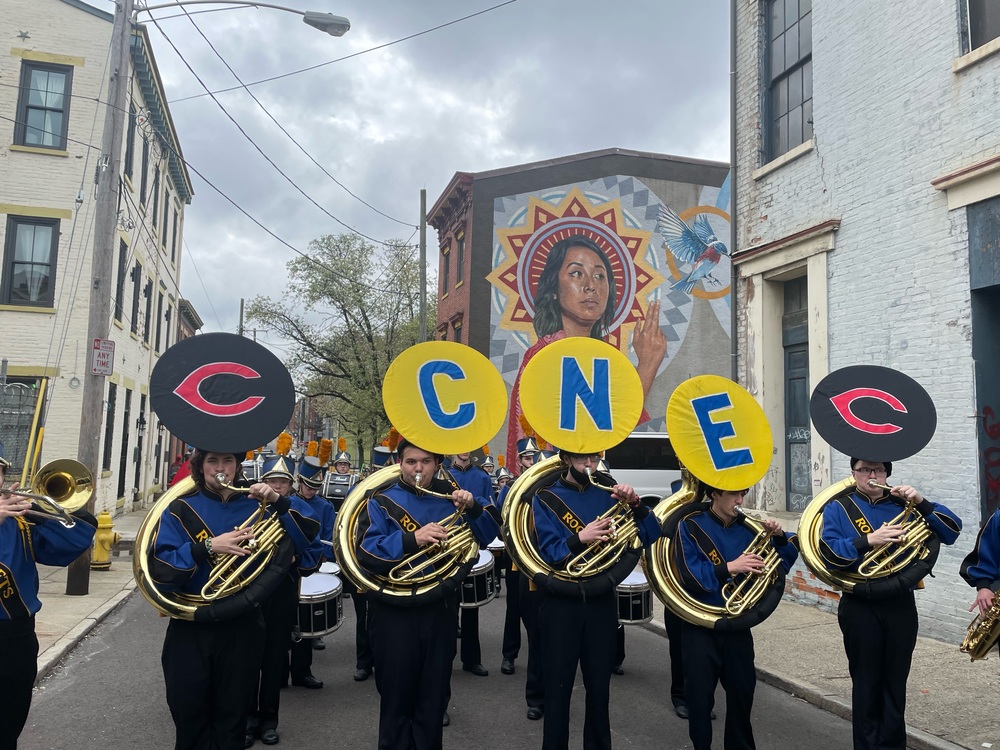 Congratulations to the CNE Marching Rockets, which performed at the Findlay Market Opening Day Parade on Tuesday, April 12! CNE was proud to see our very own marching band represent our school so well, and the 70 students that participated were excited to perform in a large scale parade.

The Opening Day Parade estimated that there were 130,000 people in attendance to celebrate the Reds’ Opening Day, which was established as a local holiday back in 1970. This day celebrates the Reds, which are scheduled to open every season at home since the Reds first joined the National League in 1876. Fun fact: the Cincinnati Red Stockings (our beloved Reds!) were the first team to join the National League.

This parade was great practice for our Marching Rockets before they take off to march at Walt Disney World on May 12.