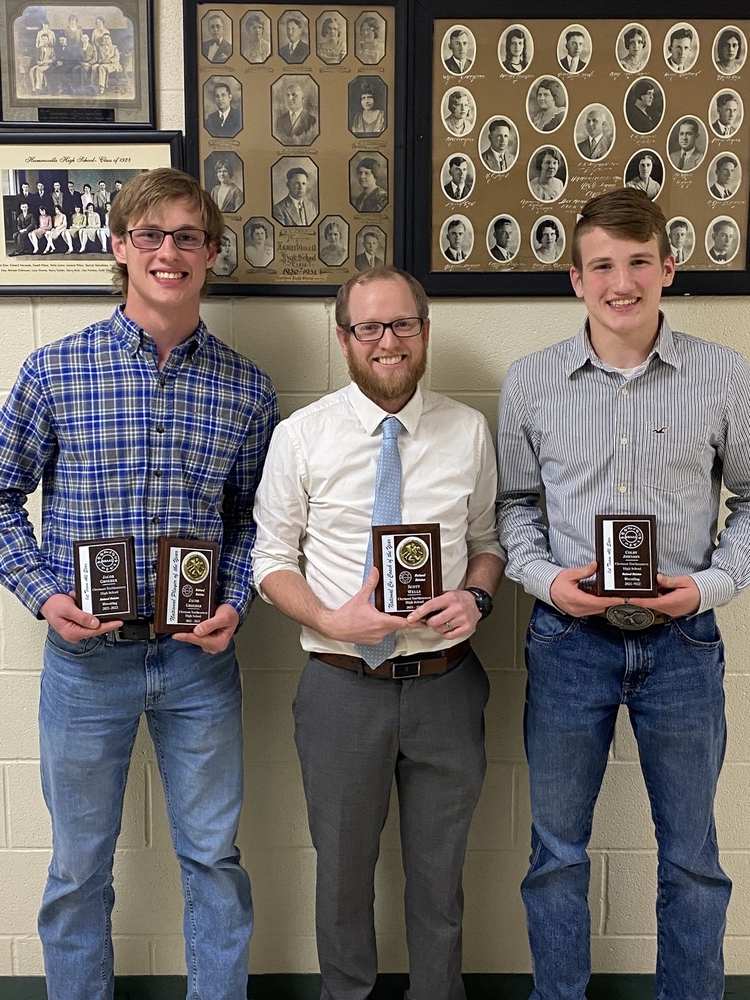 How could he? No one in this century had experienced what was about to happen.

Clermont Northeastern High School’s varsity wrestling coach has guided Rocket grapplers to league championships, sectional titles and the Ohio High School Athletic Association state tournament. They had not, however, won a conference title in 25 years. Until Feb 19. The Rockets tied Bethel-Tate for the Southern Buckeye Athletic and Academic Conference National Division championship, each team scoring 83 points in the conference tournament at New Richmond.

The SBAAC is split into two division. CNE is in the smaller school National Division, with Bethel-Tate, Blanchester, East Clinton, Fayetteville Perry and Williamsburg. Teams wrestle in one pool at the SBAAC tournament, but champions are designated for each division.

“I went into the tournament not thinking anything of competing for the championship, but the kids wrestled well and pulled off some wins I wasn’t expecting and when the finals round started I was like, ‘Hey, we have a chance to win our side of the league,’” Wells said.

Results, by weight class, for CNE wrestlers at the SBAAC tournament:

CNE competed in the Division III sectional tournament at Reading High School, where it placed sixth of 17 teams, three points behind fifth-place Madeira, but 72 points ahead of seventh-place Williamsburg. Five Rockets qualified to the district tournament (one as an alternate). They were: Case, 2-1, third; Moore, 1-1, third; Johnson, 3-1, second, and Groeber, 4-0, sectional champion. Alternates were Brad McIntyre, 132, 2-2, fifth, and Braden, 2-2, fifth.

Wells said he will remember his team’s commitment throughout the season.

“Sounds a little odd because we had a lot of kids walk out on the team this year, but overall the group that stayed was more committed than years past. They did a lot of offseason work, went to a team camp together, and created a great bond with each other that created an environment with a strong core,” he said.

That experience and success through adversity should help the 2022-2023 squad, which will have to replace four seniors.

“The younger guys have gotten to see good leadership for the last several seasons and I am hoping that they have learned from it and will run with it for the future of our program,” wells said. “I do believe we are getting better and better as a program and it starts with our seniors keeping a strong tradition alive and displaying what hard work really looks like.”