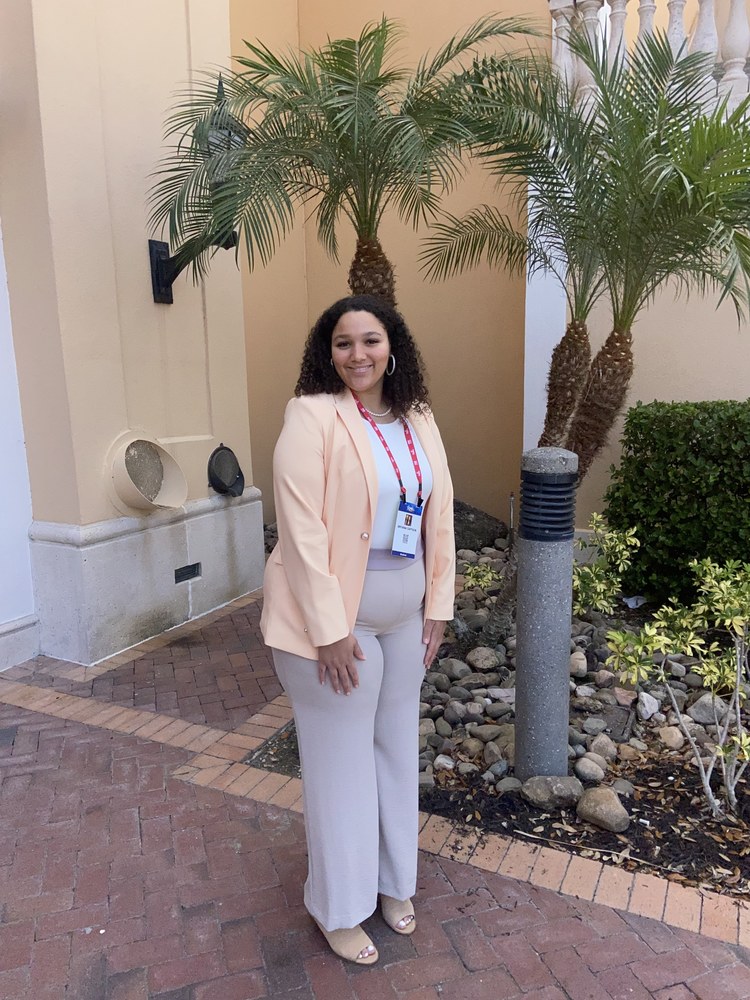 Bryana Captain has been volunteering for Republican Jane Timken’s campaign – Timken is running for the GOP nomination to replace current Sen. Rob Portman. Captain joined the campaign last fall and has become one of its stars. Her efforts earned Captain a trip to the Conservative Political Action Conference (CPAC) convention in Orlando in February. Only four of more than 300 Timken volunteers were chosen to attend CPAC.

While at CPAC, Captain met political commentator Candace Owens and heard a speech from former President Donald Trump. The experience motivated Captain to stay even more involved in the political process.

“It was honestly an amazing experience, listening to like all these Republicans, and how they think and what they think about certain issues. It was very inspiring and kind of opened my eyes,” Captain said, describing Owens as “someone that I aspire to be.”

Captain wants to become a lawyer, and then go into politics. Last spring, Clermont Northeastern welcomed speakers from The Innocence Project, including Charles Jackson, who spent 27 years in prison for a crime he didn’t commit before The Ohio Innocence Project helped secure his freedom. The program coincided with the book “Just Mercy: Story of Justice and Redemption,” by Bryan Stevenson, which all high school students read. The book and speeches changed Captain.

“I knew I was put on this earth to help people and originally like a few years ago I wanted to be a doctor. But just hearing that, like hearing him speak, and telling a story really opened my eyes and I'm like, ‘Oh my gosh, this is this is what I want to do. I want to help people get people out of prison (who) are wrongfully accused.”

Officials from Timken’s campaign came to the high school looking for volunteers and interns. Social studies teachers Steve Thompson and Michael Tabor encourage their students to become involved, regardless of their political views, because they can include the work on their college applications. He said Captain “exceeded expectations and raised the bar of what we want our students to do.

“(We) do government service projects at the end of the year, big portion of their grade. Kids have passed the state test and passed every test in the class, but they have failed the course because they've not done a service project,” Thompson said. “She's documenting this for her service project and she's probably going to ace it the flying colors.”

“We tell them, whenever the heated debates get going, ‘Look, we can have a conversation here. We can debate. We can have general discourse. We’re not Congress. Those guys act like little children. We’re not going to do that.’ Their respect’s always there.”

She has learned to do that the hard way – knocking on doors of strangers while stumping for Timken.

“At first I was kind of nervous. I was like, ‘Oh, my gosh, I don't know what to say when somebody answers the door.’ But the more that I met Jane, the more I got to know what she's about, I feel like it was easier,” she said. “There would just be some days where I wouldn't have anything to do and I would just go and knock doors or make phone calls for Jane. And I feel like that's why I was selected to go to CPAC.”