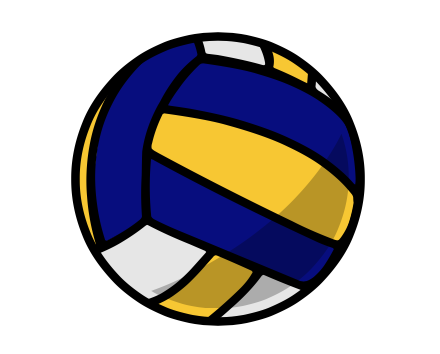 Congratulations to the High School Volleyball Team for making it to the District Finals for the first time in school history! The team finished as the Division III District Runner-Up, ending their season on a high.

“The team had such a determined attitude to advance to Districts,” says Coach Emma Keough. “They would not take no for an answer. They were determined to be the first team in school history to travel this path, and they did! They worked hard in practice to fine tune their skills even until the very end of the season.”

Throughout the season, the team followed the quote, “Trust the process.” This idea was reinforced with each practice and game as they drilled the fundamentals and learned how to work together as a team. One of their proudest moments was beating East Clinton in the Sectional Final before Districts; they had previously lost to East Clinton twice in the season, and worked diligently to pull off that win.

“They did, in fact, trust the process,” adds Coach Keough. “They far exceeded what others thought they could do. Words cannot express how incredibly proud I am of each one of them.”

With the season wrapped up, we’d like to wish special good luck to our three Volleyball seniors: libero Natalie Hoerth, setter Hannah Creager, and middle hitter Hannah Heller. Each of these seniors brought their unique skill sets and leadership to the team, and will be leaving big shoes to fill.

Congratulations to these three young women!