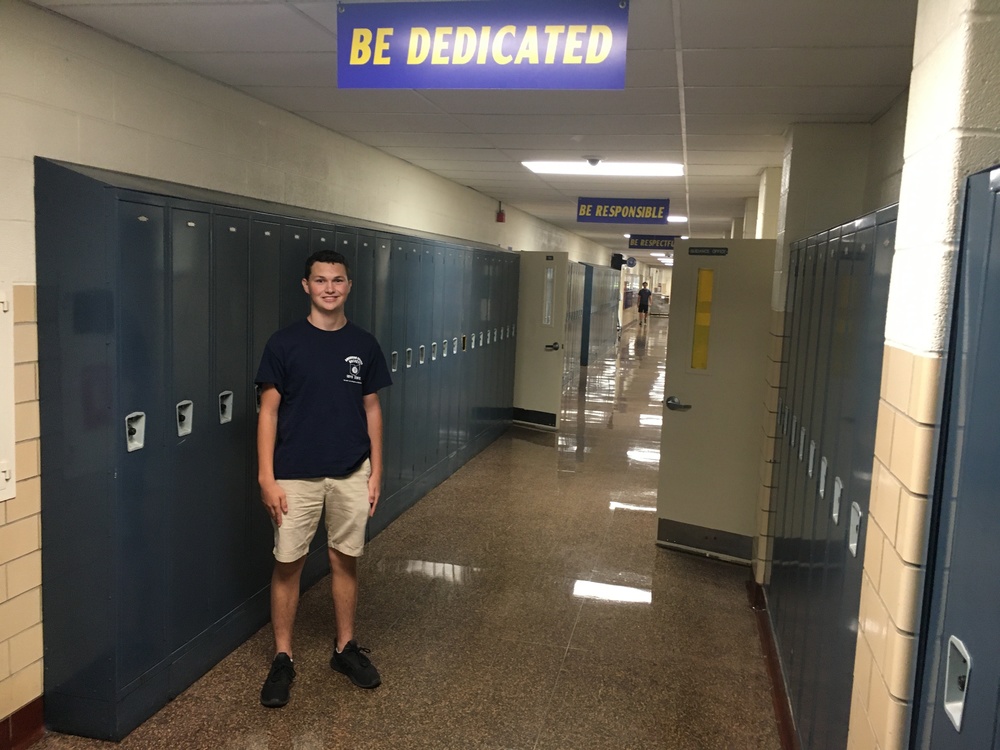 Eight months from his high school graduation, Clermont Northeastern senior William Herring has already served as on a city board and as clerk to the mayor, a job in which he actually helped create the city of Stockner.

Stockner is located about 55 miles from CNE, on U.S. Route 27, and closely resembles the city of Oxford. Actually, Stockner doesn’t exist – but it did for a week this spring, when Miami University hosted the American Legion Buckeye Boys State program. According to the website www.ohiobuckeyeboysstate.com, “American Legion Buckeye Boys State is an eight-day hands-on experience in the operation of the democratic form of government, the organization of political parties, and the relationship of one to the other in shaping Ohio government.”

The program is one of the largest of its kind in the United States, with an annual attendance of more than 1,200 young men from approximately 600 high schools, including online and home-schooled community schools.

This year, because of restrictions related to the coronavirus, the number of attendees was cut to about 600 – or one per school.

Herring learned about the program from high school Principal T.J. Glassmeyer, who gave him the contact information for a local American Legion representative.

Participants arrived at Miami at noon Sunday, June 13, and stayed a week, until June 20. While on campus, they stayed in dormitories, with roommates. Herring was in Withrow Hall, which, many years ago was the school’s basketball home court and has been renovated as a residence hall.

“It was beautiful. Our hall was right over the baseball field. We could see baseball games, Herring said. “The weather was beautiful, not too big for (the) places we had to walk to.”

Building connections and making friends is part of the Buckeye Boys State experience. Herring said he met students from across the state – Athens, Cleveland, Toledo – and has stayed in touch with many of them.

Herring ran for Stockner’s director of law, but lost by fewer than 10 votes. He then joined the city board, working as the mayor’s clerk.

The days were fairly structured. Delegates would wake up early – 7 a.m. – eat breakfast in a dining hall, and then immediately get to work. Visits to Oxford were limited, but delegates moved freely around the campus.

Ohio Gov. Mike DeWine paid a visit, as did Miami University President Gregory Crawford and Oxford Mayor Mike Smith, and state representatives and senators. “They gave us tons of knowledge and we got to ask them questions,” Herring said. There were also rallies where delegates could “cheer for their cities.”

This was Herring’s first extended time away from home, and he hopes to return to Miami next year as a student.

“It felt weird at first, but then I got used to it. Then towards the end of the week, I was like, I'm not ready to go back home,” Herring said.

He plans to major in biology or zoology, or follow the path of two older brothers and become an engineer, and believes the experiences gained at Buckeye Boys State will benefit him.

“Better communicating with people, some political (skills) like debating,” he said. “It was great, great.”

Herring also said he may apply for membership in Clermont Northeastern’s National Honor Society chapter, or the National Society of High School Scholars.