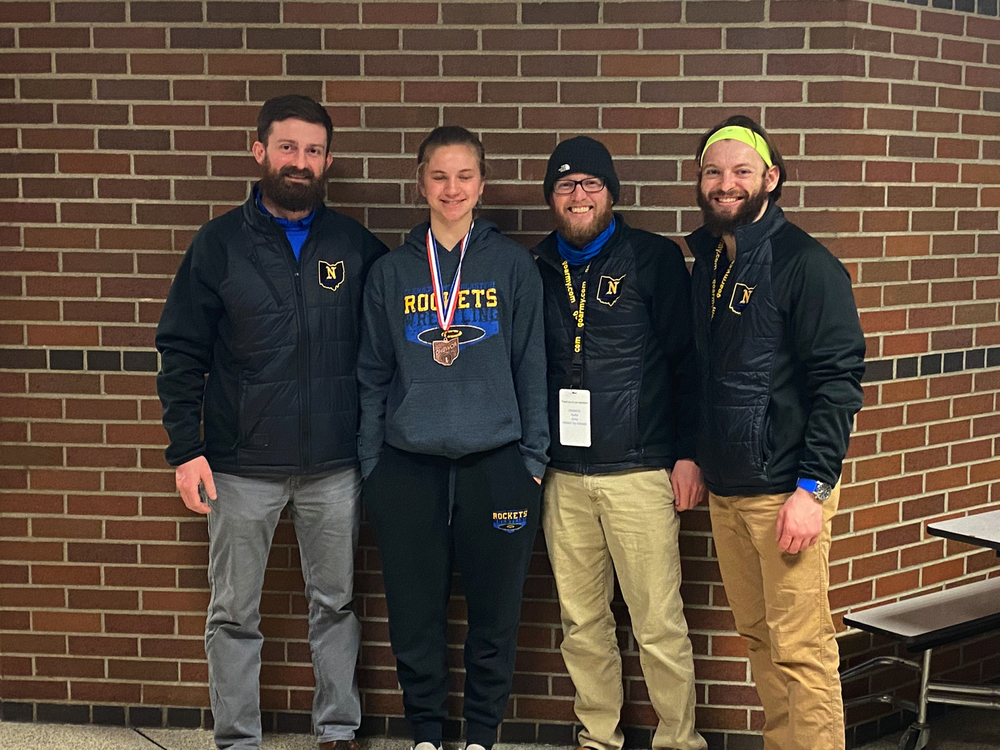 Clermont Northeastern High School’s wrestling program doubled in size this season, as girls took to the mat wearing the Rocket colors for the first time. Here is a wrapup of each team:

CNE placed second in the combined Southern Buckeye Athletic and Academic Conference Tournament and third in the Division III sectional tournament at Madeira High School. Senior Hayden Mattes was district runner-up at 195 pounds and was 1-2 at the state tournament.

Sophomore Colby Johnson and junior Jacob Groeber also won sectional championships, at 132 pounds and 160 pounds respectively. Coach Scott Wells said Johnson may have been the most knowledgeable wrestler on the team.

“Not only is he very good, but he is a great teammate and will be a great coach one day. He took several wrestlers under his wing and helped them grow as wrestlers tremendously,” Wells said. Groeber is a hard worker who pushed his teammates to improve.

“Our leadership with the upperclassmen. Hayden Mattes and (junior) Jacob Groeber have such great personalities and made it fun for everyone and had such a welcoming demeanor,” coach Scott Wells said. “They make everyone feel like important contributors and wanted to make everyone better.”

Mattes was the only returning senior. Five Rockets graduated from the 2019-2020 team, including David Pride, who had qualified for the state tournament before it was cancelled. The inexperience was exacerbated when CNE went to remote learning for a period in the fall. Winter sports coaches had no contact with their student-athletes, and CNE’s roster dropped from 32 wrestlers to 13.

“This made it hard and you could see the team deflate in morale as kids just dropped off and stopped showing up, but they rebounded well and exceeded my expectations,” Wells said. “We didn’t get to wrestle one time at full strength this year with injuries and illnesses knocking kids out of the lineup regularly.

“COVID changed the dynamics of this season in the room as well as during competition, but the kids that remained overcame such adversity that they will forever be remembered as one of the teams with the most perseverance that I have ever coached.”

Clermont Northeastern placed sixth (of 11 teams) in the combined SBAAC Tournament with 63 team points. These CNE wrestlers placed in the top four in their weight class:

CNE was in the Division III sectional tournament at Madeira High School. These wrestlers placed in the top six (top four qualified for district):

113 – David Vonderwish, fifth (competed at district as an alternate).

CNE was in the Division III district tournament at Troy. These wrestlers placed in the top six (top four qualified for district):

Wrestler of the Year – Hayden Mattes.

Ten wrestlers – only one of whom had previous varsity experience – competed for CNE. The SBAAC does not award a team trophy, so CNE mainly wrestled in tournaments wherever it could find them, traveling as far as Columbus and Olentangy.

Junior Hannah Groeber, Jacob’s sister, took the idea of a girls team to Wells, and then started recruiting members. Groeber had been a statistician for the boys team in previous seasons. She was one of six CNE girls to place in the Ohio High School Wrestling Coaches Association’s Southwest District Tournament Feb. 14 at Harrison High School, placing fifth 137 pounds. The top four in each class advanced to the state tournament at Hilliard Davidson High School.

“I thought it was going to be a little more difficult than it is,” he said earlier this season. “They just want to be out here and wrestle. They’re just like anybody else. There hasn’t been any real challenges that I have come across yet. There’s no real drama or no real anything else that, they’re just wrestlers. They step out there, it doesn’t matter, gender or anything. They just want to come out there and compete and have fun.”

These Clermont Northeastern wrestlers placed in the district tournament Feb. 14 at Harrison High School (top four in each weight class qualified to state): 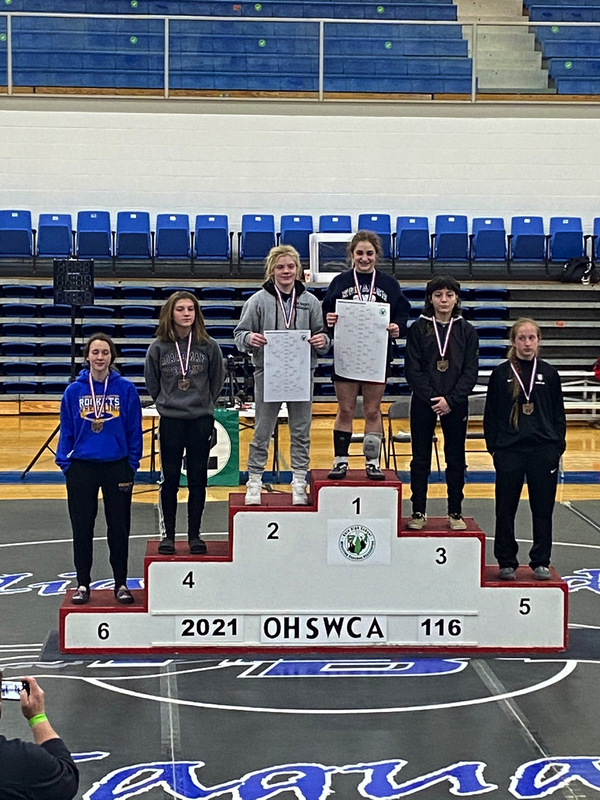 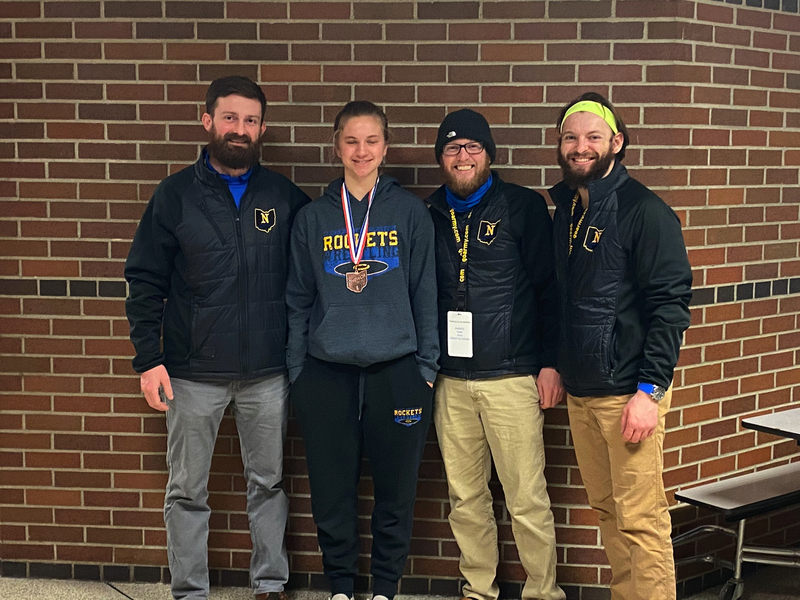