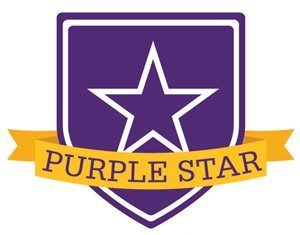 Usually, when you mix blue and gold, you get green. In the Clermont Northeastern School District, you get purple.

CNE prides itself on its military connections. The high school has two veterans, Steve Thompson and Michael Tabor, on its faculty, and annually sends graduates into the military. The main road of the town of Owensville, two miles east of campus, is lined with banners honoring Clermont Countians who have served. The stretch of U.S. 50 in front of the school is named for Lance Cpl. Nicholas Erdy, who died during combat operations in Iraq in 2005, also a Purple Heart recipient. Parking spaces in the parking lot are reserved for Purple Heart honorees.

Soon, another symbol of the school’s ties to the military will be seen by anyone who drives past. CNE has been designated by the Ohio Department of Education as a Purple Star School – 18 months after it earned Purple Heart School status from the Military Order of the Purple Heart.

“What this award is, it recognizes the schools that show a major commitment to students and families connected to our nation’s military,” Thompson said. “It’s not just for veterans, it’s for military connected families too, where we make it a point to really reach out to those and do whatever we need to accommodate, to help inform or whatever the case may be, to really, really put our mark on helping out our nation’s military, any way, shape or form.”

Thompson, a social studies teacher at the high school, led the effort for both titles. He learned about the program from Greg Rose, a former CNE teacher who now works at Milford High School. Rose, in turn, said Thompson told him about the Purple Heart School program.

“Steve and I coached football together and became great friends through working together at CNE. He is a tremendous individual that I have admired for several years. I have always respected what he stands for and am extremely thankful for his service and those of his fellow brothers in arms,” Rose said.

• The school must have a staff point of contact for military students and families who serves as the primary liaison between them and the school. Thompson fills that role. He completed an online professional development course. The liaison identifies and informs teachers of the military-connected students in their classrooms and the special considerations military families and students should receive.

• The school maintains a dedicated page on its website featuring resources for military families.

• The school provides professional development for additional staff on special considerations for military students and families.

• The local school board passes a resolution publicizing the school’s support for military children and families.

• The school hosts a military recognition event that demonstrates a military-friendly culture.

CNE had those covered, and more.

“We actually went above and beyond on this. They wanted a Veterans Day assembly. We’ve done that,” Thompson said. “The other thing we did was hold a Military Night for a football game. Our students, Carson Fishback was one that organizes the Rocket Rowdies, there’s a certain theme for the football game, and they’re Red, White and Blue’d out, man. It’s pretty cool to see on a Friday night football game.”

Two years ago, members of Blue Skies for Good Guys and Gals – Team Fastrax parachuted into the football stadium with a large U.S. Flag. They also bring in CNE grads who serve or have served to serve as honorary captains for football games.

As a Purple Star School, CNE will receive a placard that will be placed on the high school building.

“It has the display of the Purple Star with the yellow ribbon around it. It will be for the entire community to see and I think that’s going to be a big thing for the community,” Thompson said. “I think that people in this area have a tremendous amount of admiration for the military and for the veteran community and I think it’s awesome to be a part of. Love, love this town.”

Thompson will continue to seek ways to brand CNE as a military-friendly school and district. He and Tabor want to start a Junior ROTC program, perhaps combining with other county schools such as Batavia and Williamsburg. CNE has been on a waiting list for three years.

A Purple Heart recipient himself, Thompson understands the strong ties between his school and its community, while deflecting any credit for strengthening those bonds.

“This has nothing to do with me, this is the whole school in general. They’ve really put their heart and soul into each piece that they do, and then finally putting it together and sending it on to ODE is how we got this, so it’s really awesome to be part of,” Thompson said.

“This town, I know this town, we’ve shed some serious amount of blood to keep those stripes red on the American flag and I think this is, we’ve, when you ask why that is, I just think this town represents small-town America,” he said.

CNE and Grant Career Center were among Clermont County schools to earn Purple Star designation in 2020. Milford is also a Purple Star School. 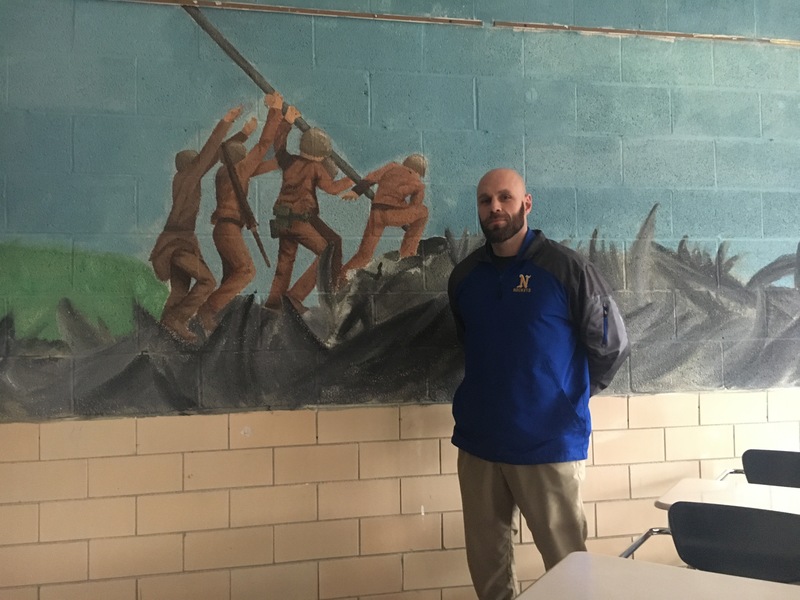