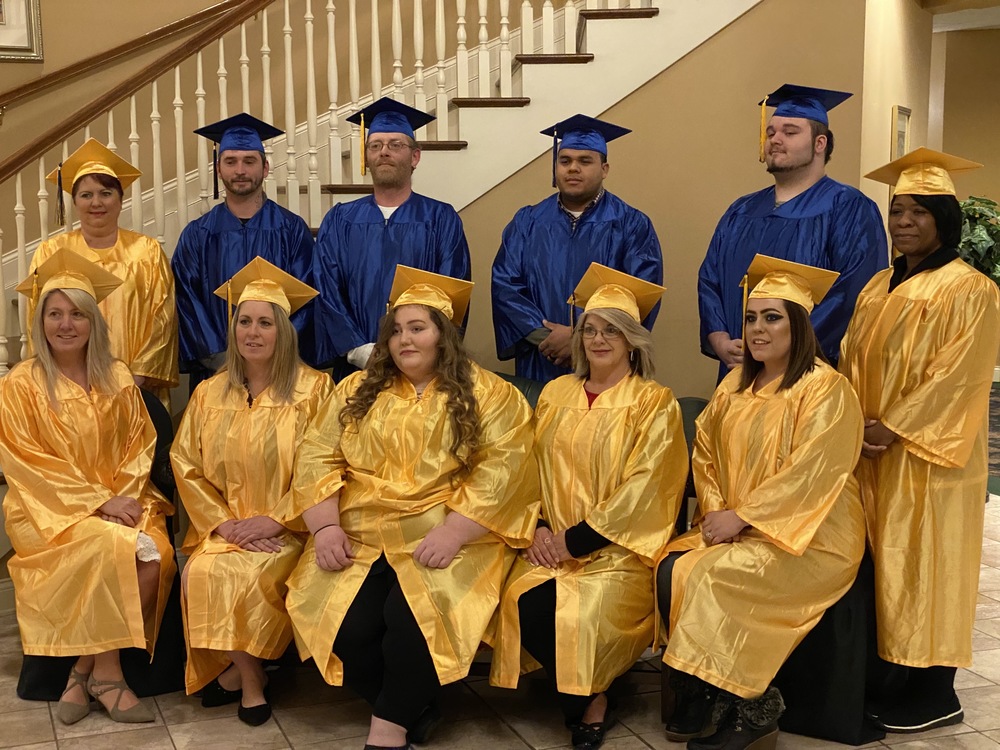 Some children try to hide it from their parents when they drop out of school.

Iva Gaylle Nace didn’t tell her mother when she went back.

Nace, 47, is one of 15 members of the most recent graduating class of Clermont Northeastern High School’s Adult 22-Plus program. Nace left CNE when she was a senior to get married, have a baby and move out of state. Almost 30 years later, she was back, sharing the accomplishment of graduation with proud family, including her mother, Nita Kidder.

“I didn’t know until she had done it,” Kidder said before the Jan. 21 ceremony at Norlyn Manor in Batavia. “I cried. Of course I cried. It means everything to me. But she’s doing it for her daughters. She’s got two daughters that are married. And she’s a grandmother. She did it for her son and her daughters.”

One of those daughters, Brooke Alexander, described her mother as a “super hard worker” who was determined to complete the process.

“She took a while to decide if she was going to do it, but it’s been really awesome to see her work at trying to get graduated. She always (thought) that she couldn’t do it so it was awesome for her actually to just go, ‘I’m doing it,’” Alexander said.

“It’s all about her family, so her doing this for herself has been really awesome. In terms of a strong woman, she was supportive in every single way growing up. It was nice to also be supportive of her in this time, as well.”

Nace also has an 18-year-old son, William, whom she and her then-husband adopted after his brother and father were killed in an accident that left him disabled. She admitted to being nervous when she first started attending the classes, which are taught by former CNE Board of Education member and program coordinator Bob Havrilla.

“Scared to death, because I had been out of school for so long, and I get nervous for test-taking, so I thought there was no way, but I’ve got to do something, so I did it,” she said.

“I think it was five classes. I only needed a couple, so it was great. So nice … the GED is so hard. I had studied for that before. It’s so hard. This is so much more practical.”

Milford resident Jonathan Morales wants to work in law enforcement, but needed a high school degree. Born and raised in Fort Lauderdale, he moved to Clermont County his junior year of high school and never finished.

“Instead I ignored it, put it on the back burner, and years later I realized this is something I really want to do. I need the diploma. At that point I was up here in Clermont County. I recently turned 30. I finished my schoolwork before I turned 30,” Morales said. His young son and wife were with him at the ceremony, which left Morales emotional.

“It means a lot. It means a great deal. I didn’t know if I was going to be emotional, but I was,” he said. “Breathing a little bit deeper, feeling a sense of accomplishment and pride, so it’s definitely something I’m glad that my son’s here and it’s part of my life that I was able to complete, so it means for right now, this is a big landmark.”

Justin Peoples was asked to leave Northridge High School, in the Dayton area, when he was 17-years-old, after “getting in some trouble.” He pursued a degree several times, but couldn’t find a program that worked, until he found out about Adult 22-Plus.

“I tried to do multiple programs. GED programs. It was a lot. It was, there were no rules. There was people bringing kids, so you couldn’t focus,” Peoples said. “Then I had a job offer for driving a CDL truck so I went to the school to see if I could get approved and they obviously couldn’t approve me because I didn’t have a high school diploma. And they’re the one that actually directed me to Bob, Bob’s program. It’s been a little harder. I ended up having two kids one time, so it took me a little longer than usual. I think everyone else graduated in probably two months. I stayed in the class for a whole year. “

The program so inspired Peoples that he would often show up to classes when he wasn’t scheduled, just to study. Now that he has a degree, Peoples, 29, plans to enroll in welding classes. He currently works for Widmer Cleaners.

“It means a lot. He’s got his high school diploma. He can go back to school, get a better job, so whatever he wants to do,” Peoples’ girlfriend, Amy Elam, said. She, her father, Rick Elam, and Rick’s friend Kayla Burton attended the graduation.

“It’s something good to see. Someone with nothing and now he’s got a diploma, so that means a lot. That’s the main thing for everyone here,” Rick Elam said.

A self-described handyman, Gutman learned about Adult 22-Plus from his daughter’s school principal in the Goshen Local School District. He completed his coursework in about 10 months.

“It shows my kids I’m doing it and I want them to do it because this is their last year of school,” Gutman said. His journey inspired his sister-in-law, Valerie Menke, who said she wants to enroll in the program.

In four years, the Adult 22-Plus program has now graduated 89 students, who have passed a total of 651 tests. The most recent class completed 88 credits and 28 Ohio Graduation Tests, Havrilla said. Students pick up and the point they left off in high school.

Any adult who did not complete high school or earn a GED, lives in Ohio, and is over 22 years of age is eligible to enroll, regardless of school district. The flexibility of the program allows adults to work from home or with our caring and compassionate staff. 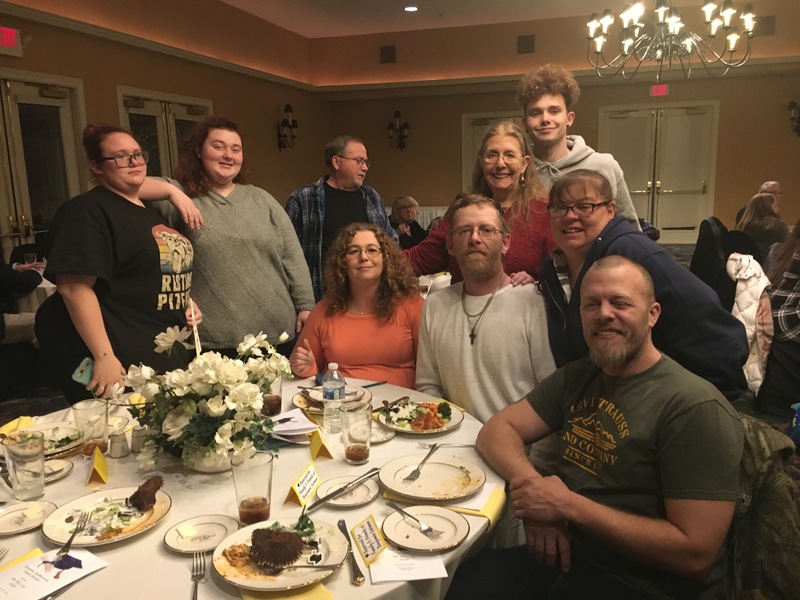 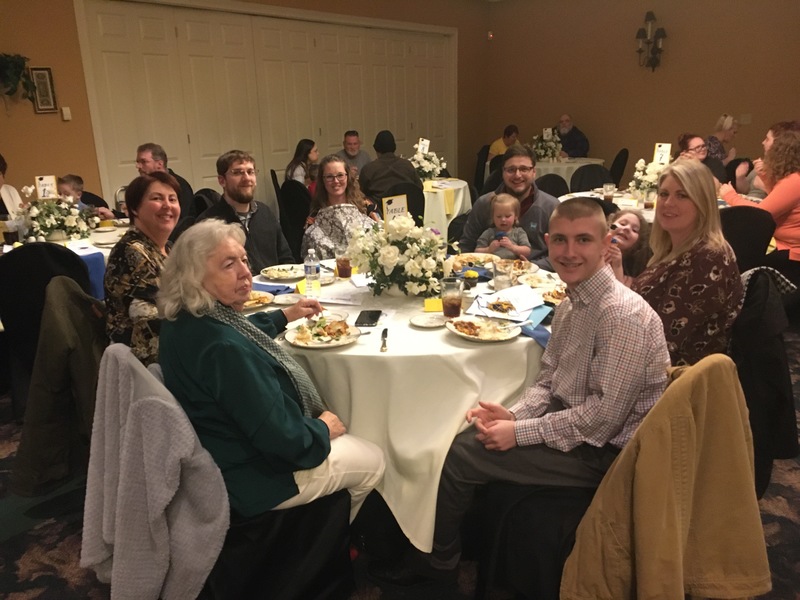 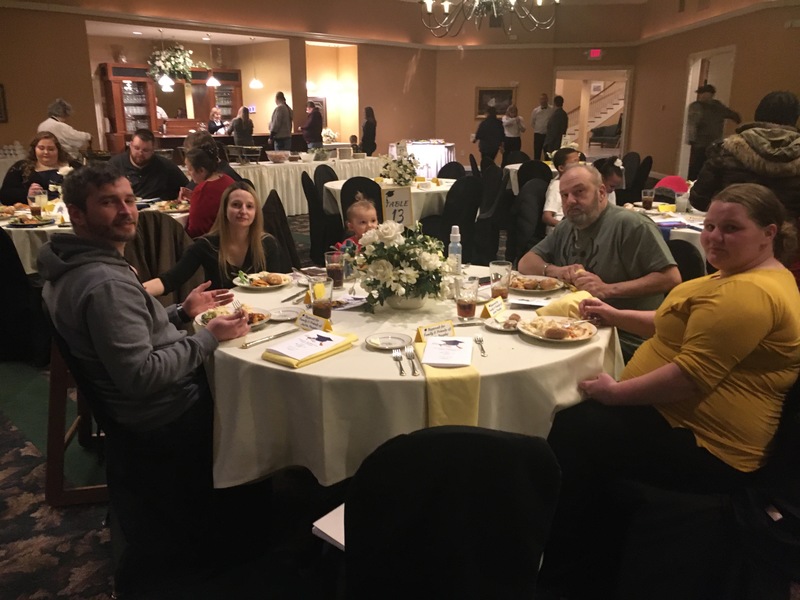 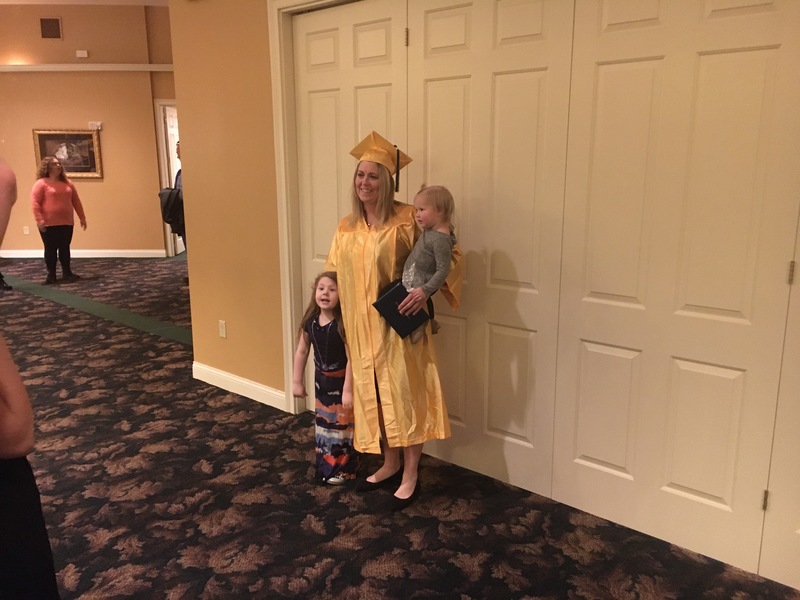