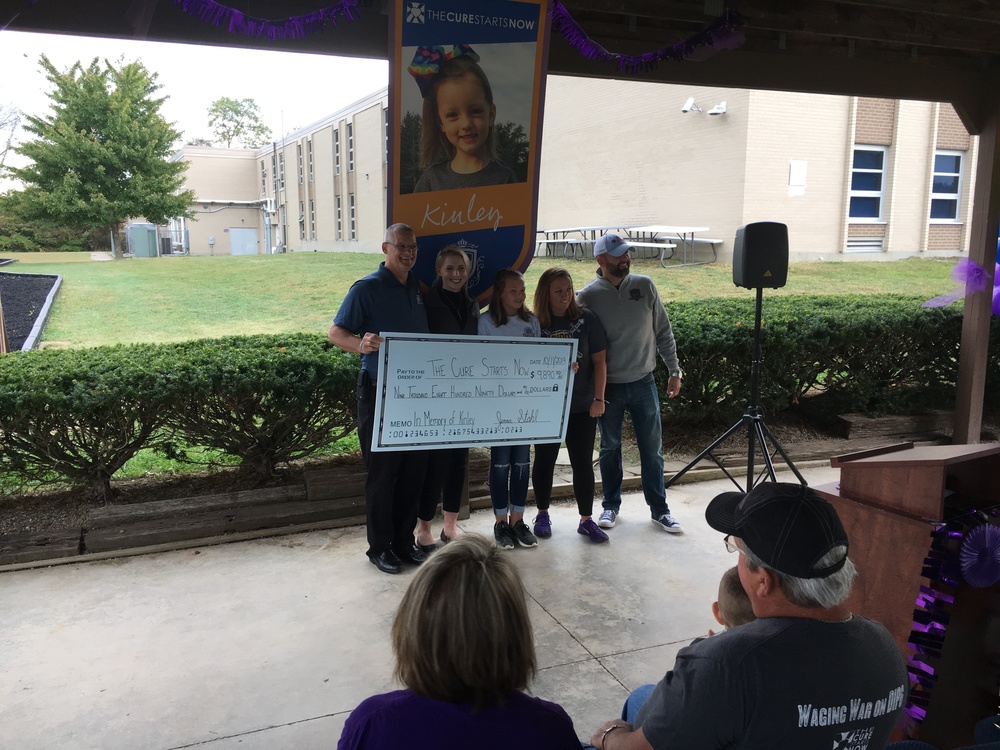 Jenna Stahl and the rest of the Stahl family who are neighbors of the Sextons, presented a check for $9,890 to The Cure Starts Now, a foundation that helps fund DIPG research and is dedicated to finding a cure to eliminate all cancers. Other donations brought the total above $10,000.

At the check presentation, Bryan Sexton, Kinley’s father, introduced Jenna and talked about the effort.

“Naomi and John Stahl live not even a mile from us, and for two years they’ve allowed our son Case to participate in peewee showmanship and show one of their pigs, and from that standpoint, this year, based on everything that’s transpired, they thought it would be a tremendous idea, what if we did sell the hog and then donate the proceeds, not knowing what the outcome would be,” Sexton said.

As fairgoers learned what was happening the price for the hog went higher.

“What turned out to be one or two people bidding on it turned out to be a variety of folks that came together that day, all teamed up and split the cost of this hog,” Sexton said. He believes this may just be the start of an ongoing effort.