Fourth grade students put their knowledge of thermal energy to the test as they researched, built, and used their own solar ovens. A solar oven captures the energy from the sun and uses that energy to cook food. Students were split into groups to research and discuss how they wanted to create their solar ovens using the generous donation of supplies from our parents. Students were able to work with pizza, shoe, and Amazon boxes using tape, glue, black paper, foil, and plastic wrap.

Students first tested their solar ovens on a blacktopped area, deducing that the blacktop would attract more solar energy. The test subject: s’mores! The fourth graders were excited to watch the sun transform their chocolate and marshmallows into delicious treats. They waited and waited… and waited. Although it was a sunny morning, some of the ovens took over an hour to melt the chocolate and some chocolate never really melted. The afternoon class saw more success… and more mess.

Overall, the students thought the activity was lots of fun, especially since they got to do it with their friends. Many students were overheard talking about what they’d do the next time they built a solar oven, like using more black paper to attract sunlight, cutting a bigger hole, or skipping the tape entirely. Others hoped they had all of the materials at home so they could do it again. One student reported the next day that he’d tried solar baking with Bagel Bites - and was happy to say, it works! 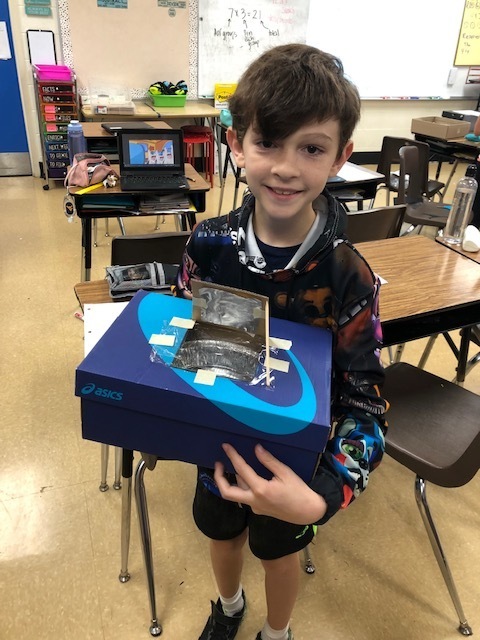 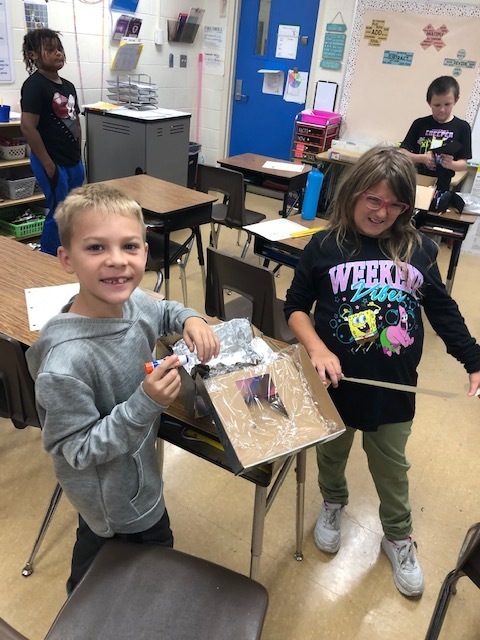 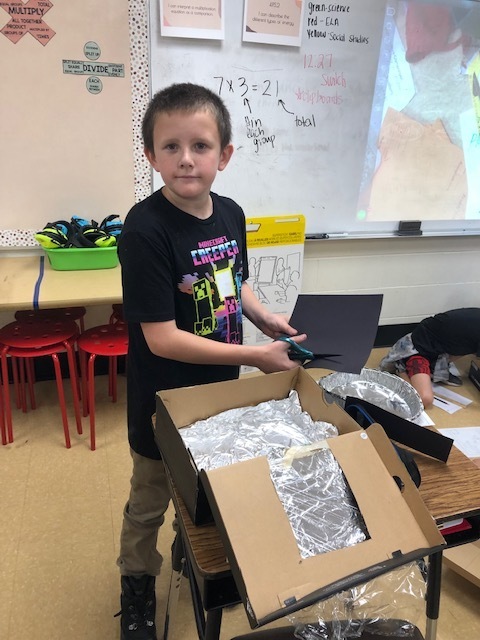 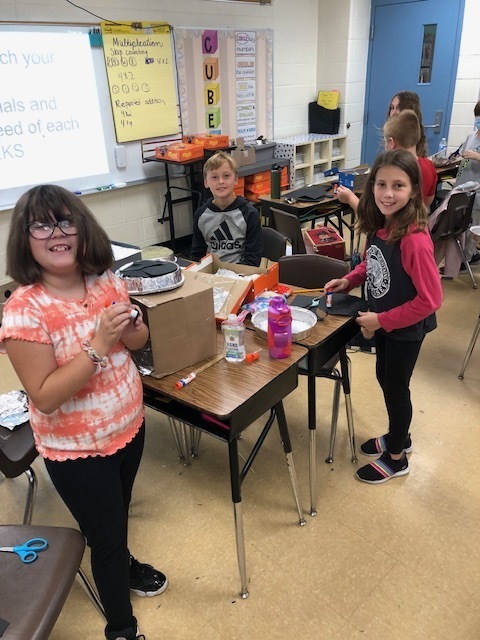 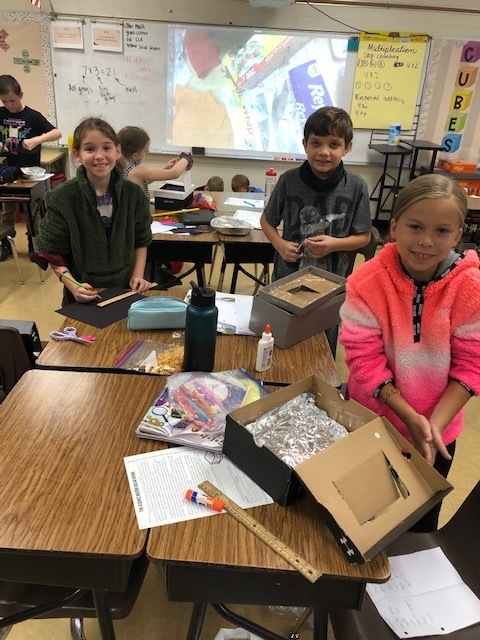 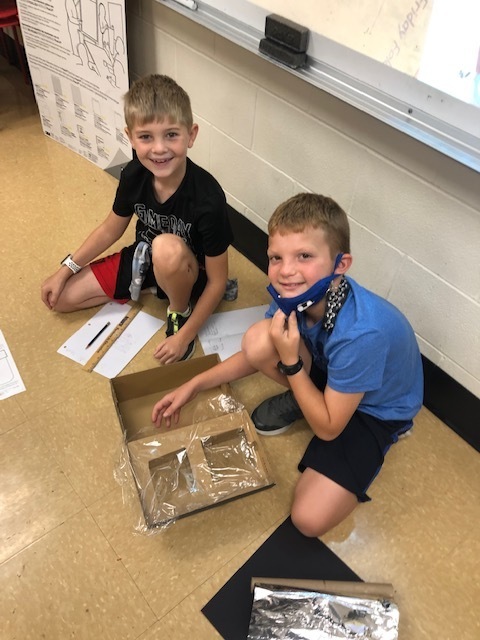 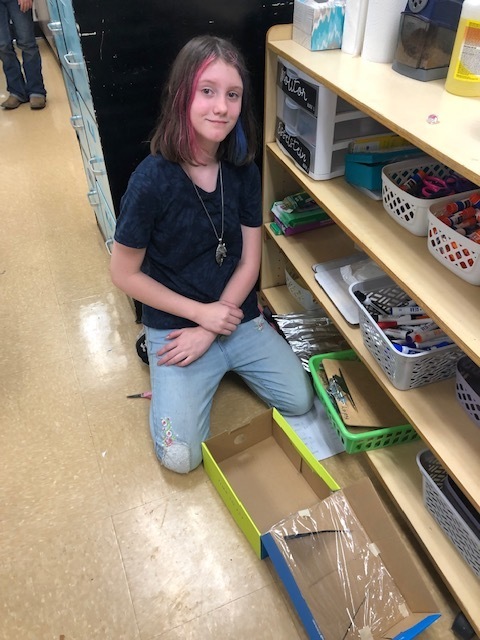 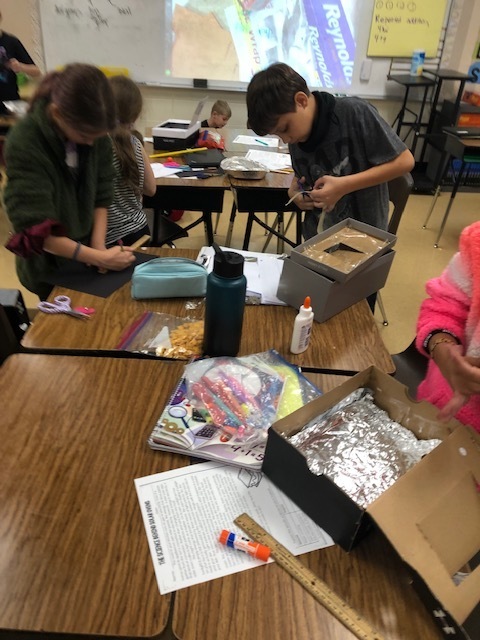 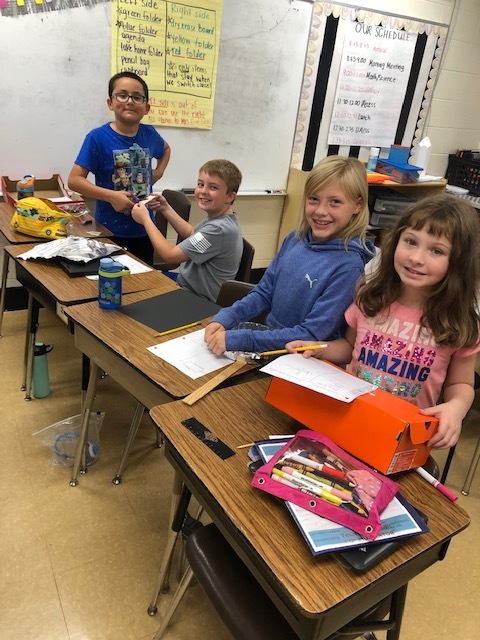