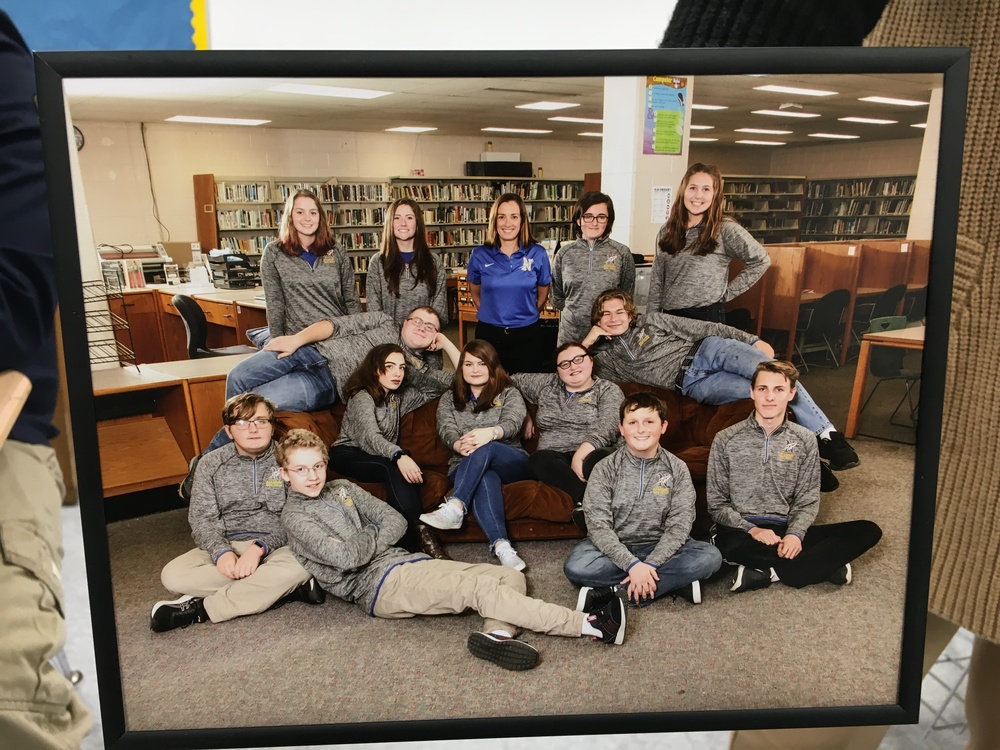 CNE academic team is up to every test
Dick Maloney
Monday, April 13, 2020

CNE academic team is up to every test

Academic quiz team members compete in quiet libraries or media centers, with maybe a few friends and family members watching. Their successes, though, are noticed. In the Southern Buckeye Athletic and Academic Conference, as well as many other area high school leagues, academic team records and standings count toward all-sports trophies. The programs are considered part of the athletic department.

Is it a sport? If strategy, skill and competitiveness define a sport, academic quiz is definitely a sport – and a low-maintenance sport at that. Clermont Northeastern academic quiz coach Melissa Hardy just completed her 12th season with the Rockets, who have become the SBAAC’s dominant team with eight consecutive league championships. She said her program is on par with any other Rocket program.

“We are a part of the athletic department. The kids earn varsity letters and MVP awards just like any other sport. We do the pay-to-play. We don’t use the weight room. We don’t have to fight for gym space,” she said.

“As far as funding things I’ve taken these kids on trips and the school has participated in the expenses and honestly, I don’t think they’ve ever said no to anything I’ve asked for.”

CNE has not been content to rule the SBAAC. Hardy also takes her team to preseason and postseason non-league events. The Rockets qualified for the Ohio Academic Confeernce regional competition, which was scheduled for later this month before being canceled. The team’s final competition was a Feb. 29 event in Copley. Small-school state and national tournaments scheduled for this spring have also been canceled.

In the fall, before the winter high school season, CNE competed in the Miami Valley Kickoff, where it won six of 10 matches, and the Rowdy Raiders tournament at Northmont, where it went 5-5.

Senior Josh Smith was the SBAAC National Division Player of the Year and Hardy was Coach of the Year, both repeating their 2018-2019 accolades. Smith is a four-year varsity team member, and said paying attention in class definitely helps him on academic team.

“I’m in sociology, which helps with the sociologists and everything, because we just got done going over, (the teacher) said something about ‘Protestantism and Capitalism’ was a book, and I’m like ‘I know this. We just did this,” Smith said. Watching TV can also come in handy.

“‘Jeopardy’ is definitely a big contributing factor, with all of the different categories and stuff they have, certain literature, certain history, certain arts and all different books,” Smith said.

Junior Stone McDowell said players can also learn from their misses in competition.

“Making sure you get everything down that you haven’t gotten down before. If like you’ve missed something, it’s going to come up again, so you’ve got to get that stuff down. Like he said paying attention in class is always good, because there’s always something from my classes that’s going to come up. ‘I need this not only for the class itself obviously, but the sport itself is always something I need,’” McDowell said.

Hardy said she likes academic team because it appeals to her “sense of fairness.”

“There’s so many things that I like about it. I like that kids always improve. If you practice and if you study, you’re absolutely going to improve. It’s not like some sports where your body can change or things can happen, you can get injured or something can get in the way of improving. In this, if you put in the work, you will improve,” Hardy said.

“I also just think it’s fun to know things. I like seeing kids learn things and think it’s cool just to know things. They’ll come to me after class and say ‘Miss Hardy, what we did yesterday on quiz team we just starting doing in my government class and I knew all of the answers because of quiz team and it was really fun to know all this stuff,’ or if I bring up something in quiz team that they just learned in science, they can be like, ‘Oh, I know about this. I can help these kids that don’t understand.’ So it’s just nice to see the kids excited about knowledge.”

Coach of the Year – Missy Hardy.

Player of the Year – Josh Smith.