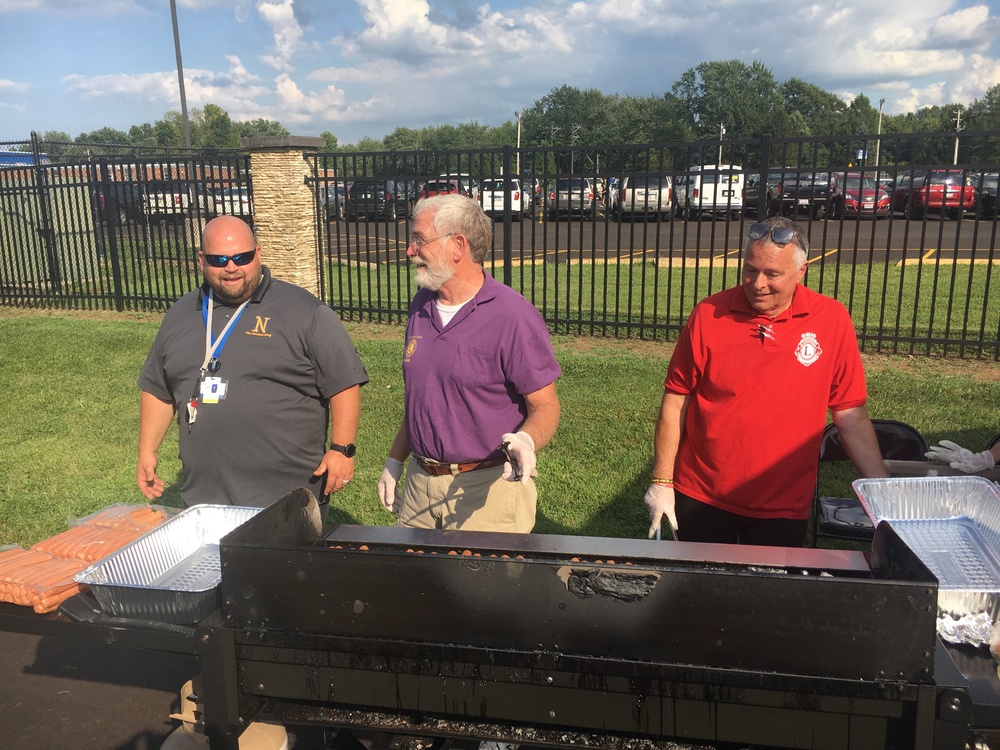 Wiederhold and Leigel were the grillmasters, cooking more than 1,200 hot dogs to CNE students and their families as the district hosted open house to prepare for the start of the 2019-2020 school year, which began Aug. 19.

Working from right to left, Wiederhold pulled the hot dogs from a plastic bag and placed them over the fire, rotating them toward the center and closer to Leigel as they changed color from pink to brown and the skin began to crack slightly. Leigel then turned them and pushed them toward the other end, where Joan Ballbach waited with bun and aluminum foil, wrapping each wiener and placing it in a pan for hungry students and parents.

“We’re trying to be an assembly line,” Wiederhold said, adding that Leigel, vice president of the Northeastern Lions Club, decided when the dogs were finished.

Across the track, vendors and community partners set up tables with a variety of school supplies, including backpacks, pens, pencils, highlighters, notebooks, folders, rulers, scissors, and even toothbrushes.

Kellie Barter and Kayla Ashcraft had a shady location near the bleachers, where they offered more than 1,000 two-pocket portfolio folders – arranged by color and donated by their colleagues at the Barter Daniel Group of Sibcy Cline Realtors in Milford.

“Some of us live in Clermont Northeastern, so we’re trying to give back to the school district that we actually live in. We’re just out here to help the community,” Kellie Barter said.

“Not many districts do an event like this. We’re trying to be more active in the community. We bought it all. There’s five of us on our team, so the five of us went together and we bought 200 folders to get to our 1,000.”

Members of LifeStream Christian Church in Batavia were prepared for the conditions, sitting under a huge portable tent as they gave away notebooks that were purchased by members of the congregation. They had done this previously.

“We’re just trying to serve the community as best we can.”

Chris Rich and Mary Kaye Neuhaus were working one of the more popular tables. Rich is branch manager of the Clermont Library’s Owensville branch, about a mile east of the CNE campus on U.S. 50. One of the items they shared might be considered “old school.”

“We just kind got all the stuff we thought elementary kids could use, rulers, that’s one of those school supplies that it’s probably hard to find nowadays, we had tons of them and pencils,” Rich said.

Another CNE neighbor, Monterrey Baptist Church, also participated. Monterrey is adjacent to the elementary school and visible from the high school parking lot. Church members were asked to donate looseleaf paper, but also brought a collection of colorful backpacks. Greg Saylor said they “put the call out to everybody in our church.

“It’s all donated by the members there,” Saylor said.

In all, 12 vendors were on sight, which encouraged T.J. Dorsey, dean of students for the district. Dorsey was one of a committee who helped plan and organize the event.

“It was a small group of us talking about how we could improve our open house and make it a more inclusive and community event, and this is kind of what the work was from that,” Dorsey said as he helped at the grill.

“We got 12 different vendors who showed up. It’s been great. Some of them dropped off. Jeff Wyler dropped off an entire busload of school supplies this morning, and Costco donated 200 book bags as well, so it’s been great.”

“This started from the idea of having a real kickoff and celebrating the community. Letting people get face time with some of the small businesses that operate and groups that have a message they wanted to get out. Instead of putting that advertisement out or asking for monetary donations, they can sit and talk to people building a greater sense of community when you put a face and a name to the organization.”

Free meals were a bonus.

These community partners participated in or donated to Clermont Northeastern’s open house and back-to-school fair: 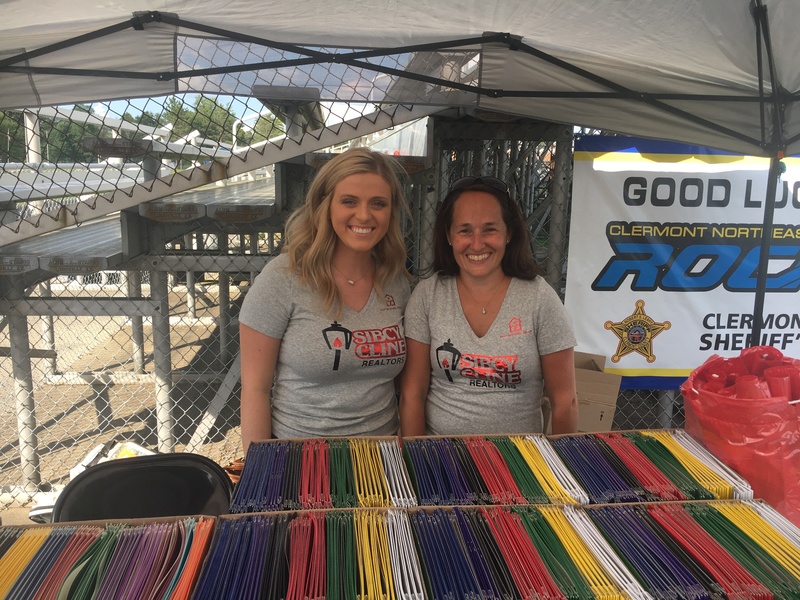 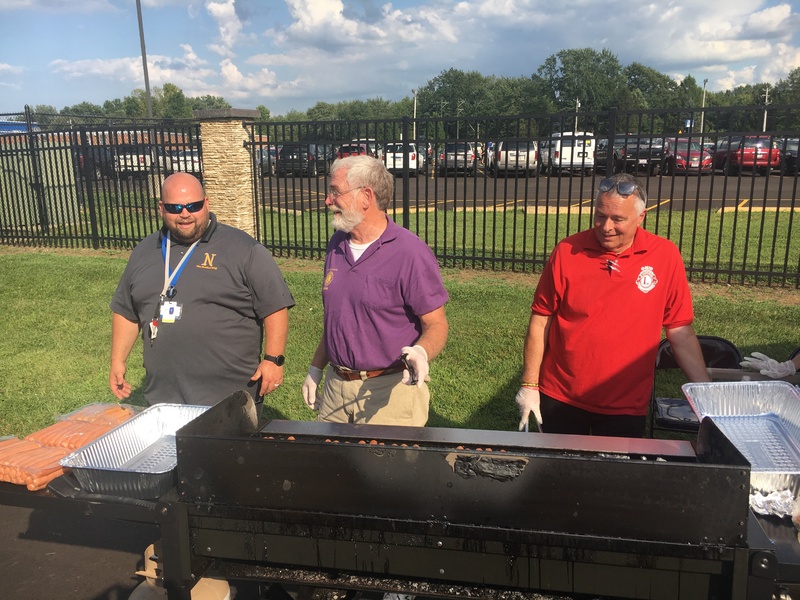 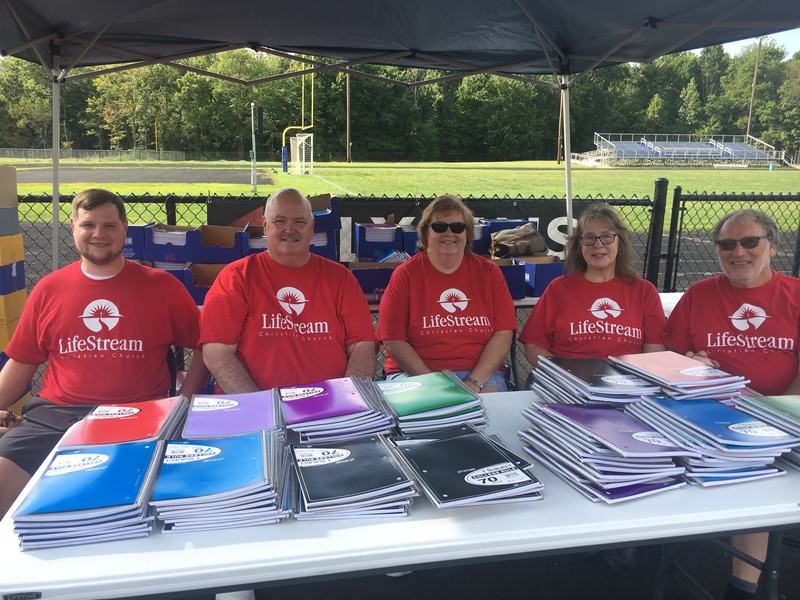 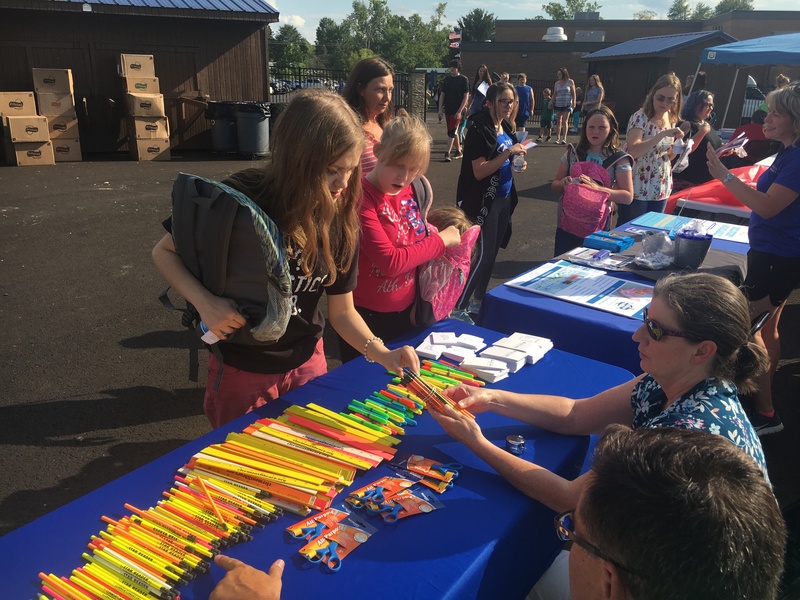