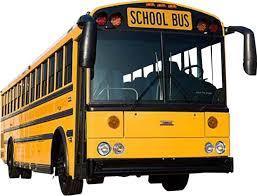 Petermann has released the bus routes and times for the 2019-2020 school year.  These may change a little bit between now and August 19th.  If they do, we'll update you.

Petermann has 11 new buses for us this year.  Because of that, they have changed the numbers and animals associated with each bus.  Below you will see 2 pdf files for each building.  The first one lists route times and the second one lists who is driving each animal/number.   Just because the animal/number changed, doesn't necessarily mean the driver has changed.