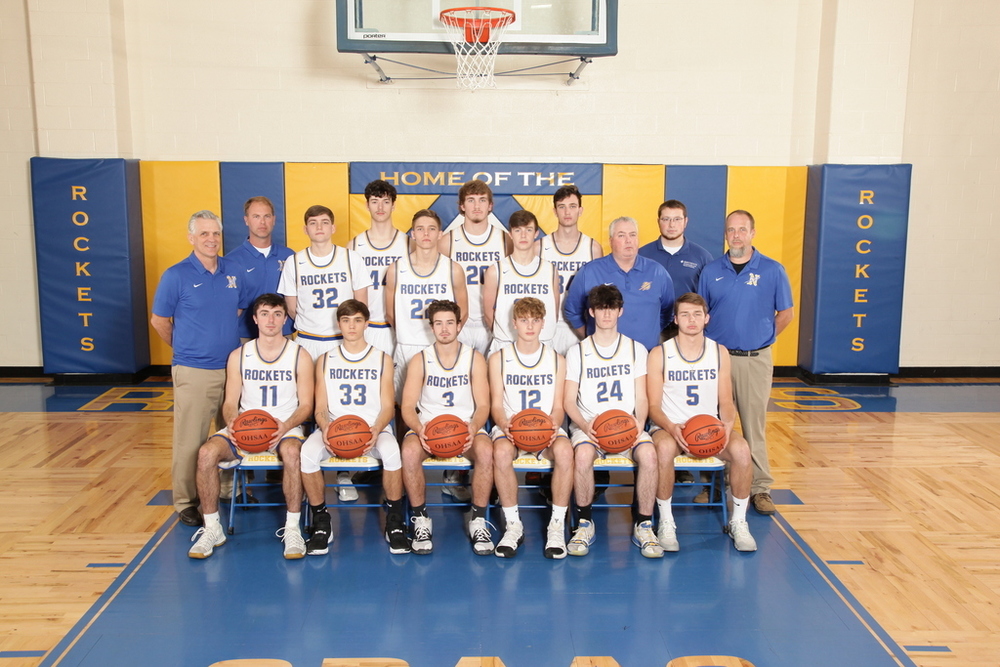 The official record shows that Clermont Northeastern High School’s varsity boys basketball team set a school record with 19 wins during the 2019-2020 season, between November and February.

Rocket coaches and players will tell you that those 19 victories were made possible by what team members did between February and November.

Jerryd Burns, one of three seniors on the roster, acknowledged such in January.

“We want a state championship. That’s the goal. That’s what we’ve been set on since summer and that’s what we’ve been working on ever since,” Burns said. At the time, the Rockets were 14-2 overall and 9-1 in the Southern Buckeye Athletic and Academic Conference, with their only losses by 21 points at Hillsboro and five at New Richmond.

Sixth-year head coach Jim Jones said the team’s work in the offseason showed him it was ready for a great season.

“End of last year and our summer workouts confirmed it,” Jones said when asked at what point he knew his team could be pretty good.

That belief was validated through the first six games, all victories by an average of 14 points, before the Dec. 20 loss to Hillsboro. The Rockets began the season with a 52-51 victory at Western Brown in which they were down by 14 points in the first half.  Two weeks later they beat Blanchester at home, 73-55. The teams would wind up sharing the SBAAC National Division championship with 11-1 league records.

During that early stretch, CNE established what kind of team it would be – one that would win with rebounding and defense. They were the league’s stingiest defense, allowing 51.9 ppg in 22 regular season games, four times holding opponents to fewer than 40 points, and were second among 13 SBAAC teams in total rebounds with 958. On offense, the Rockets averaged 66.8 ppg – also second in the SBAAC - and were third in the league in assists with 340.

Junior Skyler Schmidt, a 6-foot-7-inch, 230-pound forward, scored 37 percent of the team’s points, 24.0 per game, passing the 1,000-career-points mark against Hillsboro and becoming CNE’s all-time leading scorer Jan. 7 vs. Williamsburg. Schmidt finished with a career total 1,383 points. He had back-to-back 38-point games against New Richmond Jan. 14 and Georgetown Jan. 17. He was the SBAAC’s top rebounder at 16.0 per game and drew attention from West Virginia University coach Bob Huggins, who visited the school.

Schmidt had double-doubles (10 or more points, 10 or more rebounds) in all but two games – the season opener at Western Brown (18/8) and the sectional tournament loss to Deer Park (9/14).

Burns was the No. 2 scorer, at just over 11 ppg, and made 8-of-11 three-point attempts Dec. 14 in a home win over Little Miami. The third senior, Jared Decatur, played in 21 games with a season-high eight points three times – Jan. 7 vs. Williamsburg, Jan. 24 vs. East Clinton and Jan. 28 vs. Blanchester.

Sophomore guard Bryce Reece led CNE in assists at 4.1 per game, including nine against Summit Country Day in the Division III sectional tournament.

CNE entered the sectional as the No. 5 seed. The 56-41 win over Summit Country Day Feb. was the school’s first postseason victory in eight years. The season ended three days later with a 66-51 loss to Deer Park.

Jones said the season was “one for the history books.

“(I) told them they are the most mentally tough team I have been around, had a refuse to lose mentality and they played hard every night,” Jones said.

Other season highlights – Junior forward Mason Martin had a double-double (10 points and 11 rebounds) vs. Felicity Dec. 10; junior forward Logan Pottorf did the same against Williamsburg Feb. 4, with 21 points and 10 rebounds.

A look at season bests from CNE players:

Player of the Year – Skyler Schmidt

Coach of the Year – Jim Jones