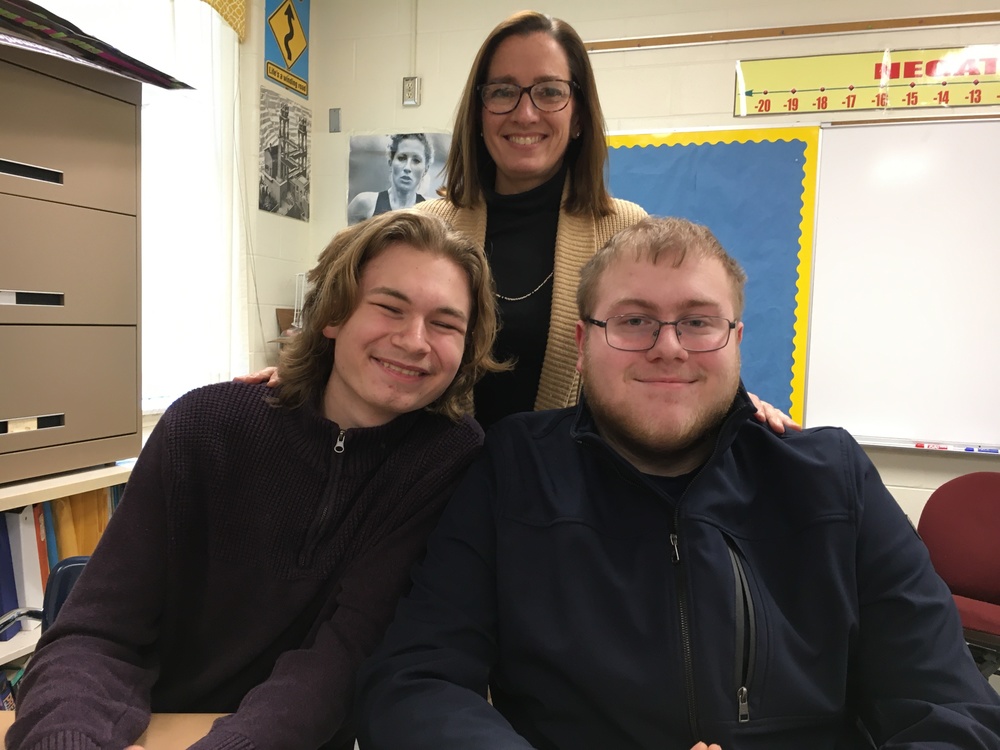 ​Is Clermont Northeastern an academic team dynasty? Yes and know

Is Clermont Northeastern an academic team dynasty? Yes and know

The phrase “A penny for your thoughts” took on real-life meaning for a member of Clermont Northeastern High School’s academic quiz team in a match last season.

CNE was competing at a national tournament when this question was asked:

“In 1909, the design of these objects was changed to account for the initials of Victor David Brenner, the designer.”

Josh Smith, then a junior, buzzed in with the answer. “Pennies,” he said, surprising his teammates. “And then I had stamps the next round, and they’re like ‘Do you have hobbies that we don’t know about?’” Smith collects coins and stamps.

That diversity of knowledge and assuredness in answering is one reason CNE’s academic quiz team has become the Southern Buckeye Athletic and Academic Conference’s premier program, going undefeated each of the last two seasons. Overall, the Rockets have not lost a match since January 2018, to Batavia.

Melissa Hardy, CNE’s coach, won her 100th match earlier this season. She credits a talented, dedicated team and unwavering support from the school for the team’s success. The academic quiz team is considered a sport in the SBAAC and counts toward all-sports trophy points.

“First of all, the faculty is extremely proud of the kids. The kids always give credit to their teacher when they got something right in a match because their teacher taught it to them,” Hardy said. “Most of the teachers in the school feel some ownership of this team and some participation in the coaching and preparation of the team, so we get a lot of support from the teachers.”

It helps to have players such as Smith and junior Stone McDowell, CNE’s two captains. Smith has been playing since his freshman year. He saw the team’s display at an academic fair at the middle school and decided to join.

McDowell, a junior, is in his third season. Hardy recruited him.

“Stone asked if he could borrow one of my books. That’s what alerted me that he might be the kind of kid I like having on my team,” she said.

“I was in her study hall actually, and she pestered me just about every day until I came, which I’m glad for,” McDowell said.

There are 10 players on CNE’s team – seniors Smith, Cecilia Harvey, Savannah Grenzer and Madison Sparks; juniors McDowell and Tyler McDonald; sophomores Terri Schuler and Livv Amann, and freshmen Ben Harvey and Charlie Frey. Five play at a time, and SBAAC rules say that no player can participate in both “halves” of a match, so Hardy maneuvers her lineup depending on the opponent. Against stronger teams, she separates Smith and McDowell, so that each team will have a leader. Against weaker competition, she will play them together and let younger players form their own team.

“That way I get to see what these younger, newer kids are capable of doing, because what happens when these newer kids are at the table with these guys, they don’t contribute very much. They kind of defer to their captains and I don’t get to see them play,” Hardy said.

Finding the right mix is not easy. New players are sometimes reluctant to speak up during competition. Smith was CNE’s No. 3 player as a freshman, but McDowell took a bit longer to emerge as a team leader.

“We had a really strong group when Stone joined, so his talent wasn’t as obvious as fast as Josh’s was,” Hardy said.

“But we were heading into the postseason when we go to some bigger tournaments, and one of our top players decided not to play in the postseason, and I said ‘What am I going to do? Who’s going to know all of the fine arts stuff? Stone, can you learn this stuff?’ and within hours he had learned just about as much as the kid who had decided not to play anymore, and once that occurred, I was like, ‘Ooh, I’ve got a player. I’ve got a player here.’”

Both Smith and McDowell say becoming a proficient quiz team player involves continual learning – and being quick on the buzzer.

“Definitely study information. A couple of times. Three times. Four times. Five times. And get it down pat and then from there move on,” Smith said. “Obviously pay attention in your classes and make sure you know what’s going in in your history class, science class, math class, all those different types of things. Definitely be quick and definitely don’t be afraid to speak up when you know an answer, say ‘Hey, it’s this,’ buzz in and say it, and studying really is the big key to being a successful player on the team.”

What happens when there is a dispute among team members about an answer? That’s where persuasive skills – and speaking up – come into play.

“It’s usually these two or whoever feels really strongly about their answer,” Hardy said, referring to Smith and McDowell. “Every now and then there’s somebody at the table who overrides one of these guys, ‘No, I’m sure (she pounds her fist on the desk)’ and they’ll be like ‘Alright.’ So if someone is really adamant about their answer, they’ll defer to that.”

Hardy said she likes quiz team because it appeals to a sense of fairness – the more a students practices and studies, the better they will be.

“I also just think it’s fun to know things. I like seeing kids learn things and think it’s cool just to know things. They’ll come to me after class and day ‘Miss Hardy, what we did yesterday on quiz team we just starting doing in my government class and I knew all of the answers because of quiz team and it was really fun to know all this stuff,’ or if I bring up something in quiz team that they just learned in science, they can be like, ‘Oh, I know about this. I can help these kids that don’t understand.’ So it’s just nice to see the kids excited about knowledge,’” she said.

The category that gives her team the most trouble? “Math,” they all said, noting the irony that Hardy is a math teacher.

“We have players who are talented in math, but they’re just not quick, so the time runs out before they get to their answers,” Hardy said.

The team also competes in a number of preseason and in-season tournaments, some of which use the national format. State format events allow team members to confer briefly before giving an answer; national format does not – the team member who buzzes in must answer right away.

To prepare for regional, CNE planned to participate in a large tournament (more than 100 teams) in Copley, Ohio, Feb. 29, as well as NAQT small-school state and national events in March and April. 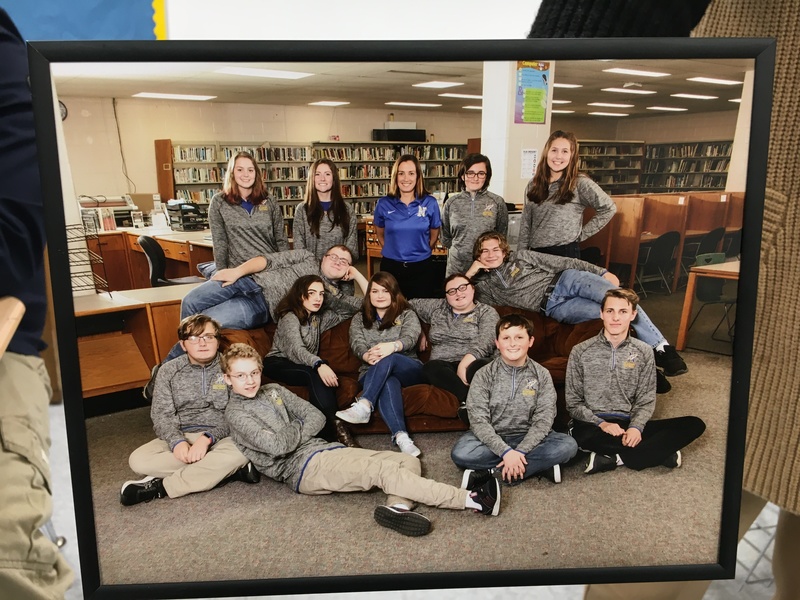