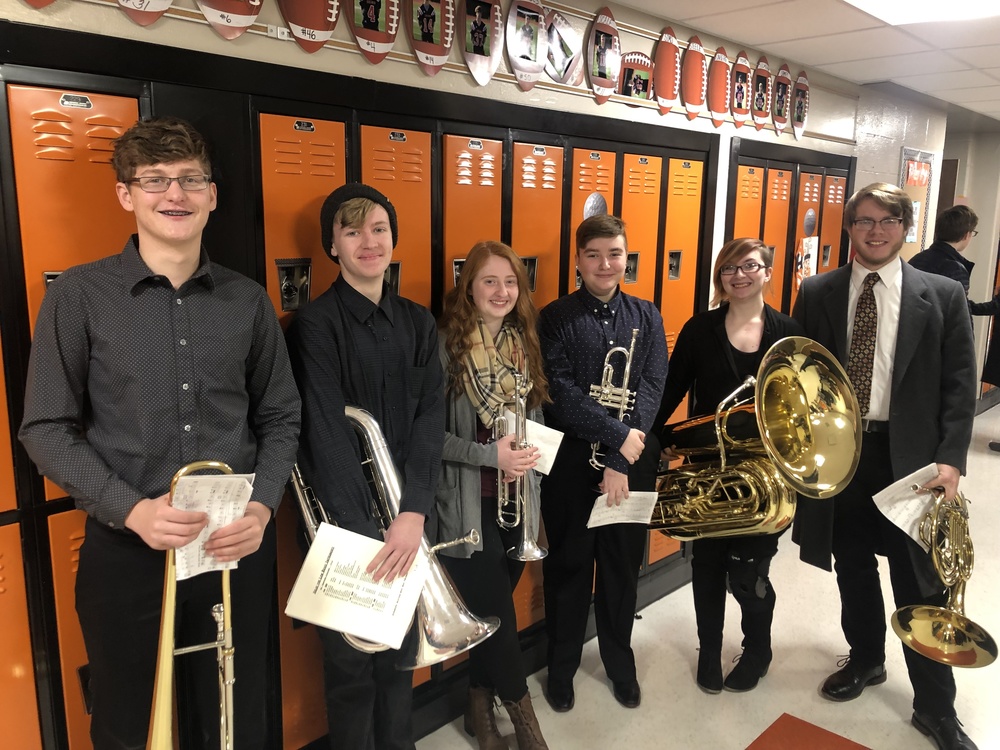 ​Individually or as a group, CNE musicians make themselves heard at OMEA event

Individually or as a group, CNE musicians make themselves heard at OMEA event

Ohio Music Education Association competitions are hectic. One group performs in this room; another in that room. Some musicians may play in an ensemble on one stage and then minutes later sing a solo on another.

Clermont Northeastern High School band director Chris Moore was prepared for those circumstances Feb. 8 during the OMEA Solo and Ensemble Competition at Anderson High School. He wasn’t prepared for what happened the night before the event.

Moore received a text Friday evening from Glenda Greene, who was scheduled to be CNE’s piano accompanist during the competition. Greene had spent the previous night at the hospital, where her daughter gave birth.

“She texts us, ‘Guys, I’m really sorry, I’m not going to be able to make it to the solo and ensemble,’” Moore said. “All of the choir events had worked with her. She’s calling everybody she knows to see who can fill in,” Moore said, looking at choir director Katie Blasing.

They found someone – a “keys” substitute, Chester Imhausen - but adjustments had to be made.

“It’s like a pitcher and catcher and all of a sudden you change your catcher. It’s super crazy,” Moore said.

CNE musicians were in good rhythm, though, and did themselves proud at the competition, earning two 1 ratings and two 2 ratings for their ensembles, and four 1s and two 2s in solos. Performances are rated 1 through 5, with 1 being the best score. Judges usually are band directors or retired band directors, which Moore said allows his students to receive valuable feedback from someone other than him.

“You have this judge and you’ve said something to the kids and maybe it doesn’t make sense when you do it, but then the judge writes it down on the piece of paper and it’s like, ‘Oh. That makes sense,’” Moore said.

“We had one mixed ensemble which I’m not allowed to conduct and they go in and they perform, and that was our select choir. We got four 1s and two 2s. Everyone got a 1 except two of our vocal solos and they got 2s, which is still a really good rating. I was very pleased,” she said.

The vocal competitors performed a variety of classics, from composers such as Gilbert and Sullivan, Robert Schumann and Roger Quilter, which Blasing said exposes them to different styles.

“A lot of very standard, very well-known composers that have a lot of history, so there’s a lot they can learn from doing this,” she said.

Those playing in ensembles chose pieces from a set list, each carrying a difficulty level. Moore views the competition as a chance to push his students beyond the normal classroom learning. Students who want to perform a solo need to take initiative, he said. Ensembles perform better when they get together on their own, outside of school.

While the musicians have played together as part of larger groups, the spotlight can sometimes overwhelm.

“The percussion ensemble, I had six kids in there and none of them had gone through it before, and this is something we do every year, so I had six new kids trying this out and this was their first time playing in a small group like that,” Moore said. “They’ve played the part, they learn the music, how it went and how the parts should fit together, but they weren’t like listening to each other and letting other people take turns and shine.”

OMEA events measure musicians against themselves as much as against others, but competitive nature still shows.

“My saxophone group was really upset because they got a 2, and the judge even wrote on there ‘So close to a 1,’ and that’s the one that kind of gets me, because three of them were seniors, because you’ll see this, you get a group of kids that get together as freshmen or sophomores and do this every year, and this was kind of one of those groups where three of them were seniors and this was their last chance to do it, and they got a ‘2’,” Moore said.

Ratings aside, the weekend was valuable for Blasing, Moore and the entire CNE contingent.

“Everything about it is just a really cool experience and they’re able to just sit in on other performances and hear the level of talent of people all over Cincinnati,” Blasing said.

These CNE musicians competed in the OMEA Ensemble and Choir event at Anderson High School: 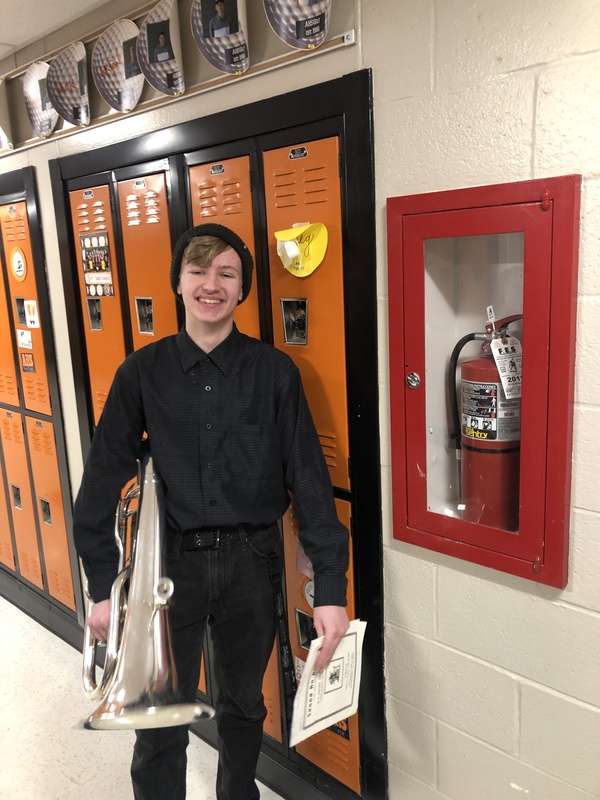 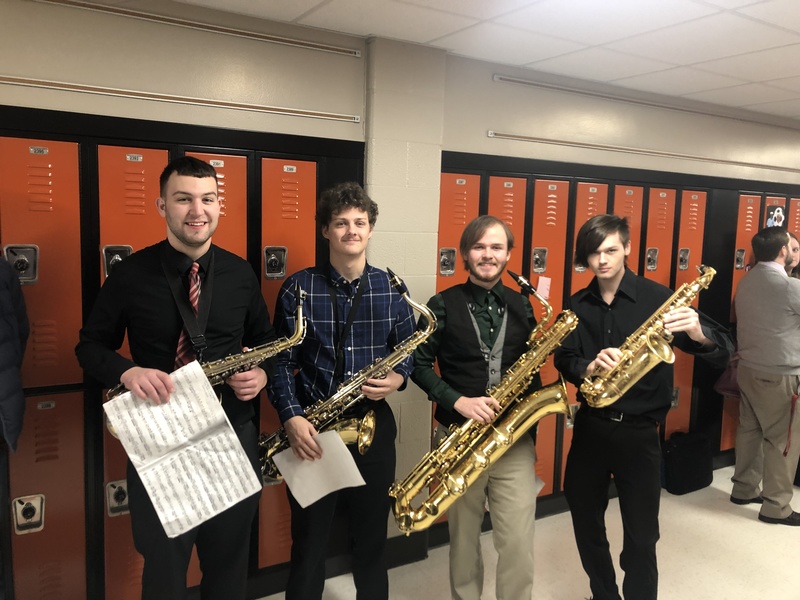