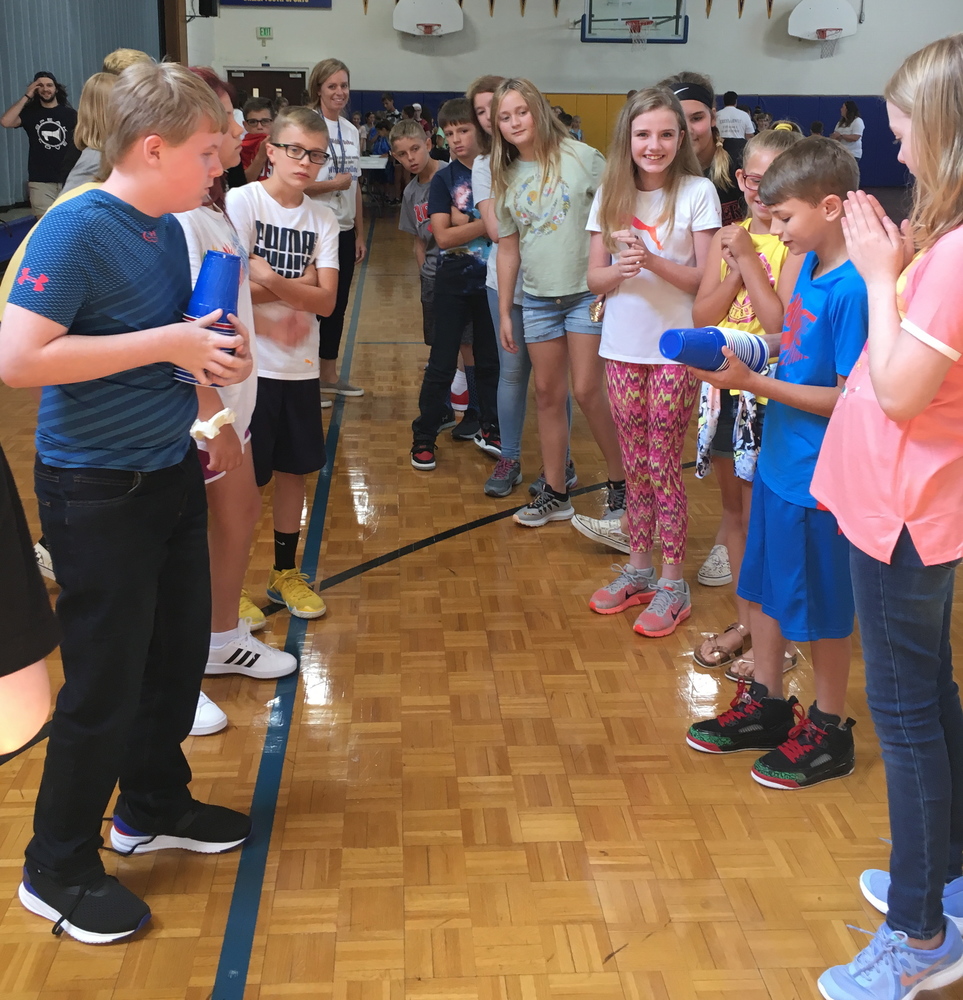 Clermont Northeastern is becoming a “destination district” for others wanting to learn from and model its approach to student behavior.

Later this fall, CNE will be honored for district-level implementation of its Positive Behaviors and Interventions and Supports. This is the second consecutive year Clermont Northeastern has been so recognized. It is the only district in Southwest Ohio to achieve that distinction.

The designation means the school and/or district has implemented tier one of PBIS with “fidelity of 80 percent or better” at the high school, middle school and elementary school.

Dean of Students Travis Dorsey has led the PBIS system since the district adopted it five years ago. CNE’s success has been noted by districts as far away as Dayton that want more information on PBIS.

“We actually have had about five districts that have come and talked to us or sent emails requesting support. Some districts have visited to see the things we’re doing. We’ve had about five or six since this last spring come out here and see what we’re doing. The district is full of phenomenal people willing to focus systems work and are vital to our current and future success” Dorsey said.

What they are doing is continuing to stress building relationships, with the goal of maximizing the time students spend in class instead of sitting in an office because of poor behavior. The intervention system branded as, “The Rocket Way,” is doing just that.

“By implementing the system with fidelity we have seen a decrease in the amount of time students spend out of class,” high school Principal T.J. Glassmeyer said. “We have also seen a positive shift in our culture. Our teachers are rewarding and acknowledging students for positive things rather than focusing on the negative. Our students love being able to trade the points they earn for positive behavior for prizes in our Rocket Way Store.”

Dorsey said getting ahead and being prepared when the school year starts is crucial. This year, staff training included a talk from consultant and motivational speaker Nick Jackson, along with a series of games and activities for staff and students over four days – Aug. 16 for staff, and Aug. 19-21 – the first three days of school – for students.

“Even seeing students in the very first week building that kind of relationship with staff before there were any damaged relationships I thought was really needed for the district,” Dorsey said. “Sometimes those things are done in reaction to something, but doing them before any students have had a negative reaction with a staff member is just a different concept.

“Normally you frontload your rules and say ‘Here is my expectation,’ but we frontloaded rapport-building and then after that we can lay the foundation of what expectations we’re setting, so I think the first week had one referral. I don’t know how that compares to years prior, but I know it’s definitely been a reduction over the first five days for us as a district.”

October, November and December can be hectic times for schools as the excitement of returning to class fades and students face exams and start thinking about the holidays, “so putting this kind of groundwork in with relationship-building, our goal is to see it pay off over and over again into the future because referrals should be down because the relationships are in place from a healthy standpoint when it starts,” Dorsey said.

“Whether it is through a positive office referral, getting your name on the wheel of cheer for our Rocket Rewards Room for hard academic work in ELA and math, Student of the Month lunch, shopping in our PBIS store or end of quarter PBIS Rewards Assembly, kids feel special,” Nazzarine said. “They are empowered by working hard and being recognized for their accomplishments. It has driven membership in our Be the Difference Club. Kids need to know that they have the power to build a culture that they want to live in at school.”

CNE will continue to work toward silver and gold level implementation. Dorsey describes the PBIS framework as “cone shapes.”

Tier two is students who might need an additional layer of support such as, check-in or check-out, maybe help from a support person reminding them of the expectations. Tier three is the “1 to 5 percent” group that may need some intensive supports that may include mental health support, additional behavior instructional resources, and in some cases working with an intensive family team as well as an intervention specialist for higher needs.

“We still have some system work to do as a district, but in Southwest Ohio … we’re the only district where all of the buildings were recognized at a bronze level or a point where we were actually given a district-level award again,” Dorsey said.

“There’s a whole rubric they use for areas of implementation. It all comes down to how well you’re doing what they say you’re supposed to be doing.”

Superintendent Michael Brandt said the system has had a “very beneficial effect on our district. I congratulate our various staff members for their willingness to embrace this critical system.”