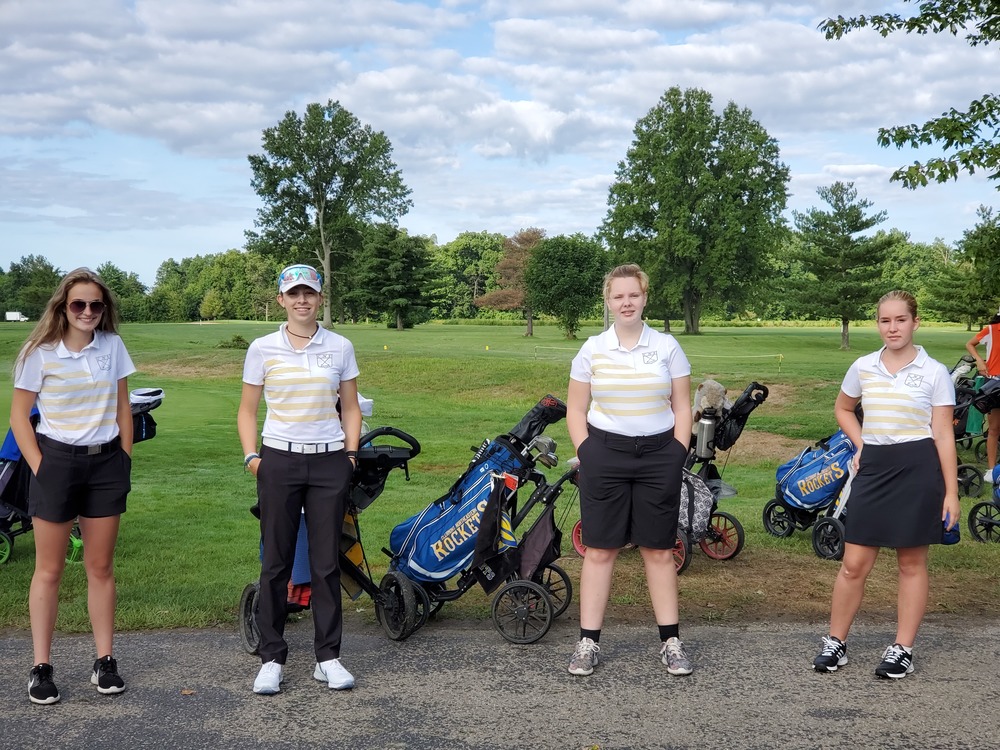 From the first match of the season Aug. 5 through the Southern Buckeye Athletic and Academic Conference tournaments in mid-September, CNE golfers claimed the 18-hole tract as their own. The boys team dominated the SBAAC season preview and the won the league’s postseason tournament there, and a senior member of the girls team set a school record on the course on her way to an individual league championship.

Late next summer, if all goes well, that senior will make history on a golf course somewhere in Cookeville, Tennessee, or nearby.

Hailey Stegemann will hit her first shot as a member of the Tennessee Tech University women’s golf team. As she steps to the tee, and her club makes contact with the ball, Stegemann will be the first Rocket alumnus to play Division I collegiate golf, and the first girls golfer from the SBAAC Conference to do so.

Whatever challenges college competition presents, Stegemann will be ready. She has been playing golf most of her life, including all four years at CNE. The second of those, in 2018, she played with a torn tendon in one wrist. Stegemann underwent surgery after the season, in December 2018, and wasn’t cleared to play golf again until March 2019. The injury ended her basketball career, but may have been enhanced her golf skills. She spent a lot of time practicing and working with her swing coach, Ben Chandler, at Little Miami Golf Center.

“The injury setback and recovery period just made me want to get better than ever before,” Stegemann said.

“This stands out because I got first place, and also achieved my goal of beating the school record for 18 holes, which is something I had wanted to do for a long time,” Stegemann said. Twice this year she broke the school record for nine-hole score, first with a 37 and then with a 35. Her high school career concluded with a 10th-place finish at the Division II district tournament at PipeStone Golf Club in Miamisburg, where she shot an 86 to tie for 10th – three strokes shy of a state tournament berth. She shot a 94 in her first district appearance in 2018.

“It was a turning point in my golf career, and it taught me a lot. I didn't play very well or play smart golf that day and I knew that had to change if I wanted to reach my goals,” Stegemann said.

Stegemann is the first CNE golfer to qualify for district three times, and a three-time All-SBAAC first-team all-star. For a while, it looked like she might not get that chance. The coronavirus pandemic shut down high school sports in the spring and left fall sports student-athletes in limbo for months – but may have ultimately benefitted Stegemann.

“This season's challenges and rewards were that I was still able to work so much on my game since the golf courses remained open through the pandemic,” she said. “I also learned not to take things for granted, and to celebrate every match, because the season could have been cancelled at any moment. I am thankful that we got to have a season, and that my friends and family were able to come watch me play.”

While Stegemann was enjoying her season to remember, CNE’s boys were proving that golf is also a team sport, under first-year coach Jill Woolery-Maas. Each of the Rockets’ top six players earned either first-team or second-team All-SBAAC National Division recognition. Two of those six are seniors, and only one of those, Jake Ansteatt, had significant varsity experience.

Woolery-Maas knew from the first match – the SBAAC Shootout - that her team would have a special season.

“With the departure of last year’s coach I was eager to take on not only coaching the (middle school) team but also taking on the high school varsity golf team as well, but I wasn’t sure what would be in store for us,” she said. “Well, to my surprise, this team brought it like no other team in our division. We walked off the course that day leading by 46 strokes. Almost every coach complimented how our boys played and the competition that they would bring about this year and years to come. I was extremely proud of each and every one of them.”

The team’s work ethic and desire to improve were notable, but Woolery-Maas is equally proud of the Rockets’ sportsmanship.

“They all have very kind hearts and were very polite and truly genuine with every coach and player they came up against,” she said. “They could win the entire division, but if they can’t be good sportsmen at the same time winning just wouldn’t feel the same.”

“As I went to tee up my next ball I noticed one of the boys stop and turn towards the road with his club grounded, standing at attention,” she said. “As I looked down the line I noticed every other player had followed in succession. My heart was happy and my perception of the teenage world may have changed at that moment, for every boy on the team stopped hitting balls and was standing in attention to give their respects for the large funeral processional that was passing by. Not a word was said with all hats removed until the processional came to an end. That was a proud moment, for sure.”

I don't recall anyone getting the Rocket Award

Coach of the Year – Jill Woolery-Maas 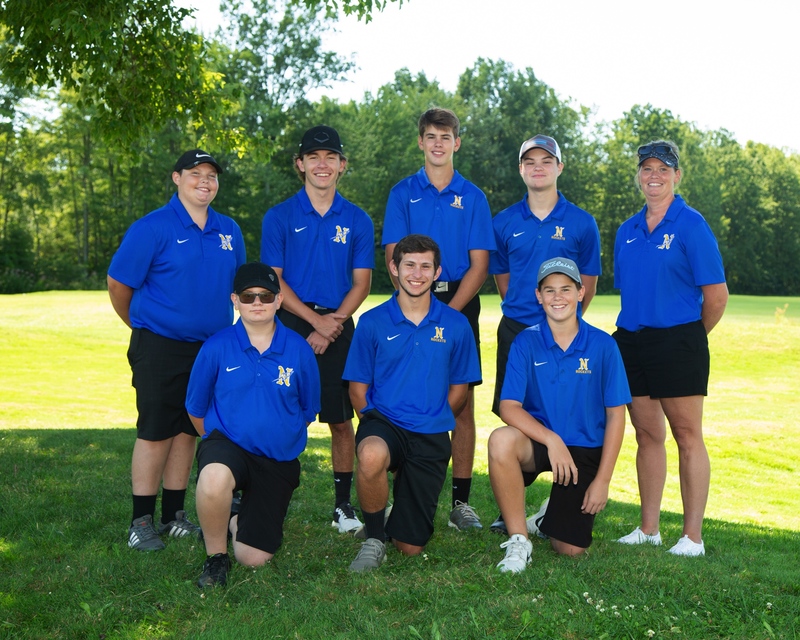